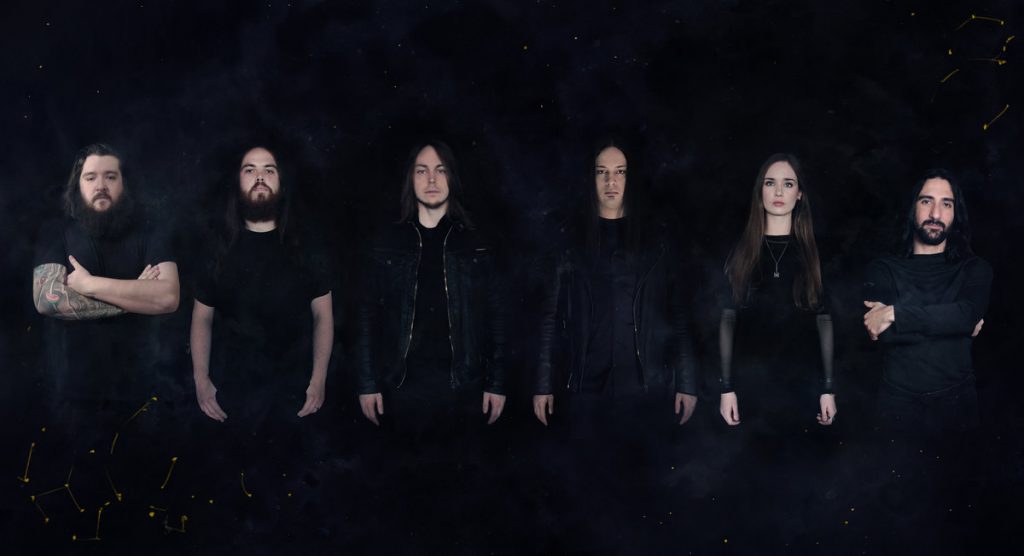 “The Event Horizon“ is a song where some of the worst feelings in someone can come to life. A sense of dread, loss, isolation and the overall sensation of nothingness takes over. I thought it would be fitting to take some inspiration from a black hole in space. To spiral until the point of no return (or in a black hole’s case, Singularity). There can be hints of nihilism found in the song as well. When I listen to the song I can still immerse myself in the dark world we painted with the song and it stands as a very powerful track for me.

On the first two albums we always had more triumphant closers, but after the year that we’ve all had we knew this album would end on a much darker note. The song is a very doom-inspired track that constricts at the end to mirror the audio equivalent of the song constricting to a point of no return, like its namesake. As an album closer we wanted it to mark a metaphorical definitive closing of this horrible chapter of our lives so that we can move onto new things as a band and as individuals.


Tracklist:
1. The Monolith
2. Eulogy for the Lost
3. The Apocalyptic Theater
4. Talas
5. Fatal Frame
6. The Deluge
7. Atonement
8. The Event Horizon