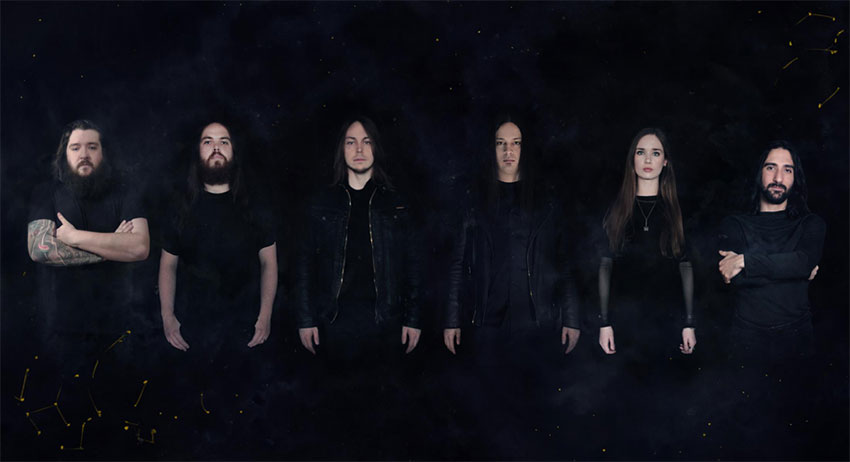 The maestros of levitating bleakness, Sojourner, have revealed their fourth single, “The Apocalyptic Theater”, along with an official lyric video, cut from their latest dark full-length Premonitions.

Singer Emilio Crespo states:
“These are actually the first lyrics I wrote for Premonitions. I definitely wanted to emphasize this subject that I feel strongly about; our actions in many different aspects of life are detrimental to the continued thriving as a species in our own home. Also, that while it’ll revitalize itself when we’re gone, there IS a point of no return for us and we could approach it quicker than we realize. We continue to act in such ways while believing that catastrophes and the like won’t happen to us or in our lifetime and we prove over and over that they do. Therefore, if we continue down this path we will eventually watch it all crumble with lifeless eyes.”

Guitarist Mike Lamb adds:
“The Apocalyptic Theater” was the first song we wrote for Premonitions, and it’s definitely the most traditional Sojourner song on the album. It bridges the gap between the sound we’ve established on previous releases and the new territory we explored further elsewhere on Premonitions. It carries the spirit of the more fantasy-driven elements of our sound into what turned out to be a much darker album, both musically and lyrically, something that will always be core to Sojourner as a band regardless of what we explore musically album-to-album. We’re proud to present “The Apocalyptic Theater” as the fourth and final single, and we hope you enjoy it!”

Watch the lyric video for “The Apocalyptic Theater” here:


Premonitions rises like an upcoming vortex that leaves the violent, yet undeniably beautiful stylistic evolution of their sound in an exceptional fusion of folk and atmospheric black metal.

Their un-inimitable tonal trademark breathes the band’s internationality: Living in four different countries, they combine each mindset and evoke the sweeping, melancholic atmospheres of nature merging with aggressive black metal fundamentals. Sojourner forms an indestructible bond that mirrors through their music. This album is not only a masterfully told story, but also a milestone confirming the group’s unique approach towards the genre! 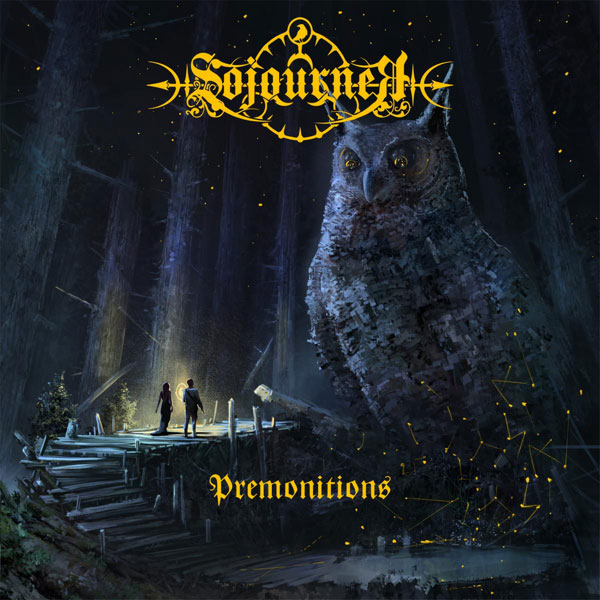 Tracklist:
1. The Monolith
2. Eulogy for the Lost
3. The Apocalyptic Theater
4. Talas
5. Fatal Frame
6. The Deluge
7. Atonement
8. The Event Horizon