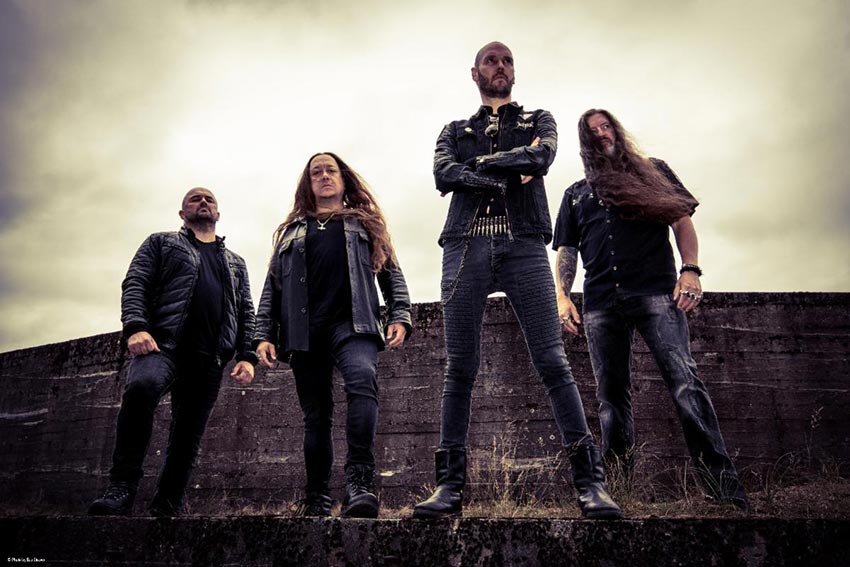 Regarding the news, the band released the following statement:

A symbiosis of the biblical tale and the mayhem of the currents inherent each present; a mirror of realities. Yes, a play of words, and even more so, a decay of births. So please indulge, feel free to dare wrapping your own mind around, for it for sure is, in the very core of its essence, a vessel in honor of the strength and the art, of chaos and freedom: NOA’S D’ARK.

Applied with the pleasure of pressure, a Satanic gesture if you wish – a clash – a crash of narratives of mundane hollowness, of empty parasites sucking on the big nothing. A lucid statement in praise of the ever-lurking darkness that surrounds us, drinking it, eating it, in triumph over boredom – to thrive. To exist through meaning brought to the surface by one’s own revelations rather than just by leaning into traps of false acceptance or flat expectations. To grow some horns that is, an existentialist beast – come feast!

Enter NOA’S D’ARK, a tale of life, and even more so, of the uncountable death’s ahead. Dig your teeth in its flesh, just like I did, and absorb. NOA’S D’ARK is yours as much as it is ours. And there is Magick, lots of it to salvage, it can be yours too, and hell yes, black as night it is!

To coincide with the announcement, the band have unleashed the impending opus’ first single in the form of a lyric video (created by Cloud Music Typography) for “From Archaeon into Oblivion,” which you can check out below.

An ode to the never ending most admirable force of self-destruction that only mankind takes credit for.


‘Noa’s D’ark’ track listing:
1. The Morgue of Hope
2. Noah’s Dark
3. Tempter ov the White Light
4. Anarchrist
5. Shrines of Apathy
6. Assailed by Cosmic Lightning
7. Triumphant One
8. Anointed – Blessed – and Born for Burning
9. The Godless I
10. From Archaeon into Oblivion