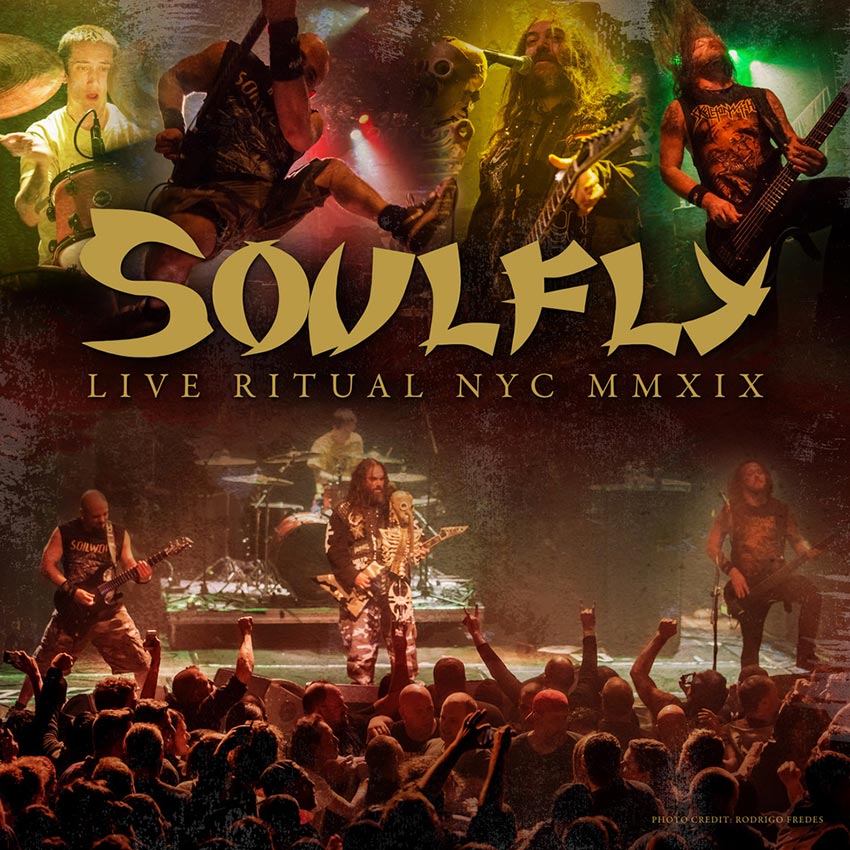 The effort was recorded in New York City at Gramercy Theatre on February 11, 2019, while the band were on tour in support of their most recent full-length album, ‘Ritual.’

The audio for the release was mixed and mastered by Charles Elliott (Abysmal Dawn) from Tastemaker Audio. Cover artwork was comprised of live photos taken by Rodrigo Fredes.

New York is a mesmerizing city; the city that never sleeps! I always look forward to playing in NY. The Gramercy is a great venue and the SOULFLY crowd was in the trench frontlines of a battlefield, crowded and moving like some kind of tribe. I hope this unforgettable night of metal in NY can uplift you during this quarantine. Start a pit in your living room! I’m in quarantine too, and together, with metal, we will all get through this! Let the ritual begin!

Soulfly have also premiered a live video for the track “The Summoning,” which you can check out below.