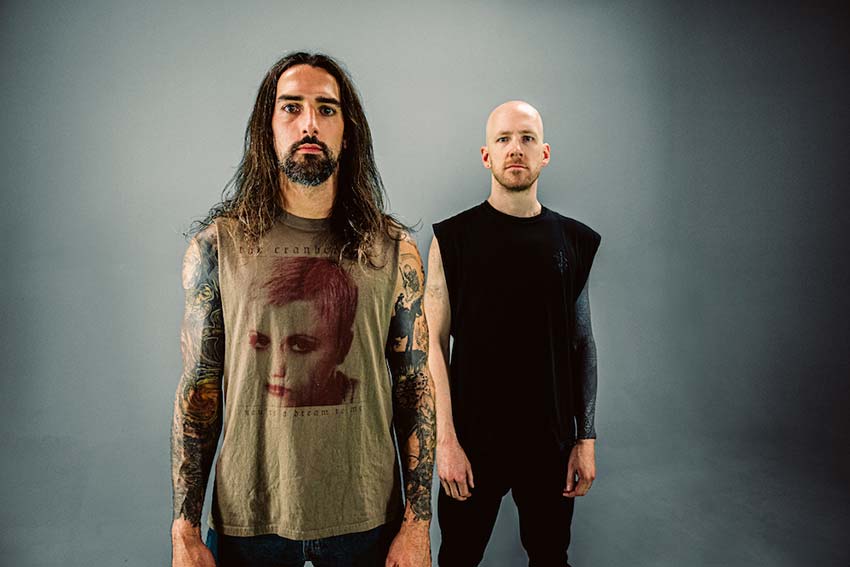 Spirit Adrift are a band who refuse to slow down. On their new album Enlightened In Eternity, guitarist/vocalist Nathan Garrett alongside drummer Marcus Bryant have created yet another monument to the timelessness of heavy metal. While Enlightened In Eternity builds on the sizable foundation established by the band’s previous albums, it also sets itself apart in formidable new ways, widening the scope of what Spirit Adrift can be.

Listen to the album’s powerful first single “Harmony of the Spheres” on YouTube:


Spirit Adrift have mastered the ability to invoke the power of metal’s past, whether it be the 70’s, 80’s or even the 90’s without ever feeling throwback or “retro.” Spirit Adrift urgently represent the sonic and emotional zeitgeist of 2020, and Enlightened In Eternity carries the same enormous magnitude of the most significant metal records of every era. Bandleader Nathan Garrett has carved out his own place among the greatest of songwriters by crafting uniquely classic and instantly recognizable songs.

Garrett comments, “I wrote the songs on Enlightened In Eternity before my life fell apart, and from the beginning I set out to make this our most uplifting and empowering album. I’m glad I did that, because ironically enough, these songs helped me keep going when things got bad. I’m proud of the work Marcus put in, I’m proud of these songs, and I’m proud of how we navigated the entire experience. This is the most challenging record I’ve ever made, and it’s my favorite record I’ve ever made. I hope it helps others the way it helped me.”

Vocally, Garrett again showcases an obvious evolution of his already extraordinary ability with more soaring soul and snarling venom injected into his classic metal form. The gorgeous guitar leads, melodies, harmonies, and unforgettably heavy riffs benefit from a huge, timeless production quality. Drummer Marcus Bryant has elevated his playing to new levels of intensity and tasteful subtlety. And as always, the tracks remain imprinted on the mind long after the album has finished.

Garrett continues, “Making a Spirit Adrift album is always intense, but Chained to Oblivion and Curse of Conception dealt with issues from my past, and Divided by Darkness dealt with external issues from more of a philosophical perspective, so there was a bit of a protective layer of detachment between the material and myself. On the other hand, when Marcus and I recorded Enlightened In Eternity, we were in the middle of a lot of intense emotional upheaval — hour to hour, minute to minute. Some days it took everything I had to keep working, particularly when it was time to record vocals. From a technical standpoint, things couldn’t have gone smoother. But from an emotional standpoint, it was brutal. The silver lining is that our hearts and souls are embedded into this record with a raw immediacy and urgency that’s unmatched by our previous material.”

Whether it’s their ever-expanding catalog of incredible albums and songs or their searing live performances, the dominance of Spirit Adrift upon the current heavy metal landscape is now undeniable. And while Enlightened In Eternity already marks the band’s fourth album, Spirit Adrift have only just begun.

Enlightened In Eternity will be released on October 16th via 20 Buck Spin in North America (on Century Media in the rest of the world), and is available for preorder directly from 20 Buck Spin and on Bandcamp. Look for more news and music from Spirit Adrift to surface soon.

Enlightened In Eternity Track Listing:
1. Ride into the Light
2. Astral Levitation
3. Cosmic Conquest
4. Screaming from Beyond
5. Harmony of the Spheres
6. Battle High
7. Stronger Than Your Pain
8. Reunited in the Void

Enlightened In Eternity credits:
Engineered and mixed by Ryan Bram
Produced by Ryan Bram, Marcus Bryant, and Nate Garrett
Mastered by Howie Weinberg and Will Borza 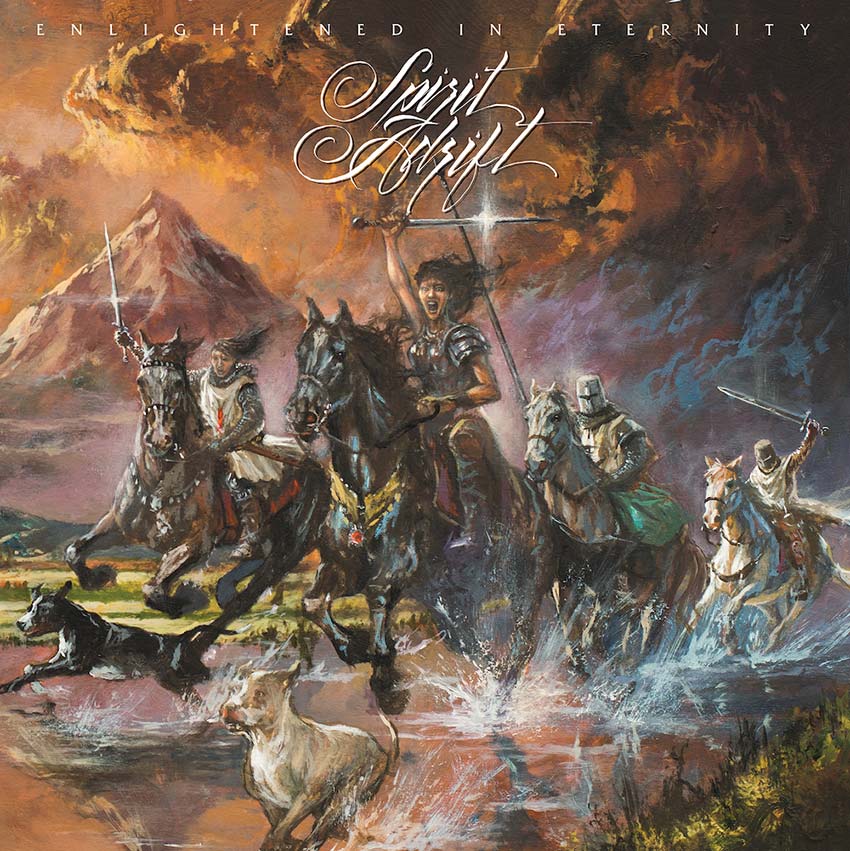