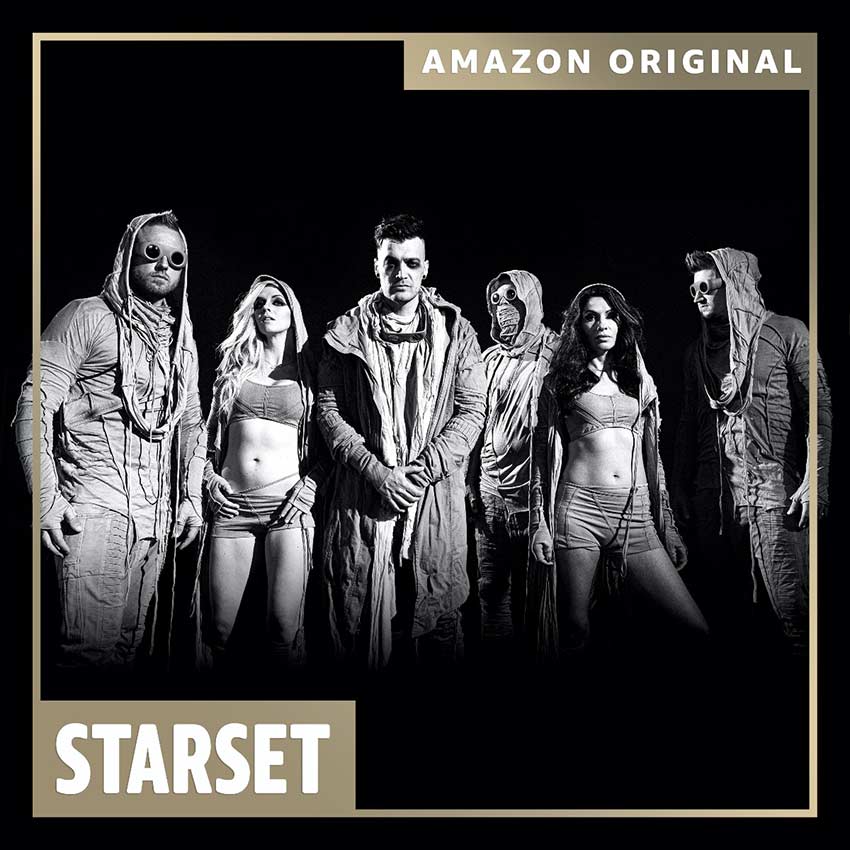 Cosmic rockers Starset have revealed their Amazon Original cover of the Led Zeppelin hit track “Kashmir” — check out the tune here and below.

‘Kashmir’ has always been my very favorite Led Zeppelin song. The massive epic blend of soaring exotic strings and hard-hitting rock entranced me from the very first time I heard it as a kid and I’ve loved it ever since.

Still, when it came time to picking a song to cover for Amazon, I was hesitant to put the song on the list of possibilities because —it’s Zeppelin. The band is amazing, the songs do not need improving, and many of the Zeppelin fans are sure to consider the song sacrosanct.

So when I met up with Rob Graves, who produced the track, I initially suggested a number of other songs. It wasn’t until the evening of our first day working in the studio when I —essentially in passing — mentioned us having played a quick and dirty version of the song live for fun on a recent tour. Rob seemed to light up, explaining that ‘Kashmir’ had actually inspired him in a very similar way to what it had me. Once that was realized, it was essentially set in stone that, for better or worse, we had to do the song. So we did. And we did our thing, and we had a great time doing it. (Rob does attest that he referenced our YouTube fan recordings of our live performances of the track and would have nixed the idea had he not been happy with how decently we had pulled it off.)

I’ve always heard ‘Kashmir’ as being one of the heaviest and most expansive Zeppelin songs, and Rob and I figured why not make it even heavier and bigger. Hopefully people enjoy it—a version never intended to ‘beat’ or ‘improve’ the original, but give it a STARSET spin while paying homage to one of the greatest —if not the greatest— rock bands of all time.