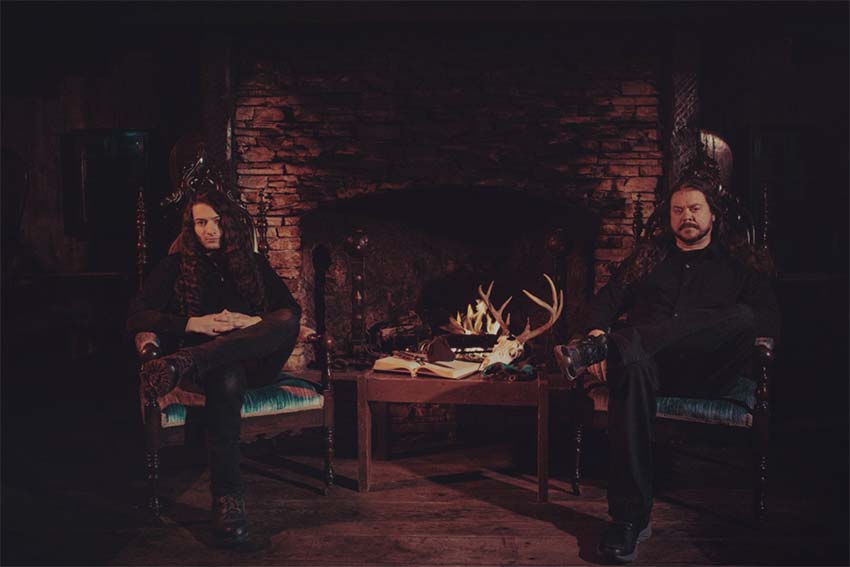 Sharpen your blades and prepare for war with fast-rising USA black metal export Stormruler! The St. Louis-based two-man project – featuring the dark lyrical genius and deft skill of guitarist/vocalist Jason Asberry and drummer Jesse Schobel – have built a noteworthy subterranean following since their formation. Thus, the band has signed a worldwide record deal with Napalm Records and will release their stunning debut full-length, ‘Under The Burning Eclipse,’ on May 28, 2021!

Stormruler combines unrelenting black metal atmosphere and vision from varying metal genres with a brutal, modernized twist of inspiration culled from high-fantasy and history. Listen carefully – you may just be able to identify themes from some of your favorite stories, games and more…

Featuring 19 tracks alternating between ominous instrumental ambience and incendiary black metal riffs and fury, the album tells harrowing tales of war, death, victory and defeat, and delivers an unmatched, hellscaped auditory experience. This is proven evident on first single “Reign Of The Winged Duke” – a searing track made rich with blackened thrashy blastbeats, infernal riffage and powerful progressions as it tells the tale of an immortal magical beast. Its accompanying video sees Stormruler donning their finest armor and swords, readying for battle!

Stormruler offers about the track:
“‘Reign Of The Winged Duke’ is a great lead off track because we feel it most strongly represents our overall sound. The imagery of the song lends itself well to video performance too!”

Grab your axes, spears and swords and watch the epic music video for “Reign Of The Winged Duke” here:


The banners of imperial black metal brigade Stormruler are flown high! Creeping in like menacing sonic smoke, instrumental ambient intro track “Shine Of Ivory Horns” launches directly into opener “Reign Of The Winged Duke”, instantly careening into a cascade of pummeling drums and charred riffage. ‘Under The Burning Eclipse’ evenly ebbs and flows between warning mystical atmosphere and ghastly action, evident on the likes of blackened headbobbers “Age Of Steel & Blood”, “Dawn Of The Eternal Fire” and unrelenting 8+ minute title epic “Under The Burning Eclipse”. Standout burner “Of Hollowed Souls & Distant Flame” looks to the north with archaic screams and memorable, colossal progressions, while combat-ready tracks like “At The Cliffs Of Azure City” incorporate ruminations of classic heavy metal combined with scorched, war-torn percussion. The album traverses desolate musical peaks and valleys before closing with the otherworldly brutality of “Fear The Old Blood” – a non-stop onslaught of black metal attack – and ambient, acoustically-driven finisher of olde “Fields Of Mortal Shame”. ‘Under The Burning Eclipse’ is a solid hour of fantasy-laden, grim fables transfixed in blackened scourge. Fans of extreme metal will not want to miss this debut offering from the mighty Stormruler!

Stormruler adds about the album:
“We sought to take all of the elements we love about black and death metal and make the album we always wanted to hear. Early on, we formulated the idea to compose interludes between the songs to segue the moods, yet maintain a cohesive nature. As long-time fans of dark fantasy and historical warfare, it seemed like the proper path lyrically.”

Pre-Order ‘Under The Burning Eclipse’ HERE 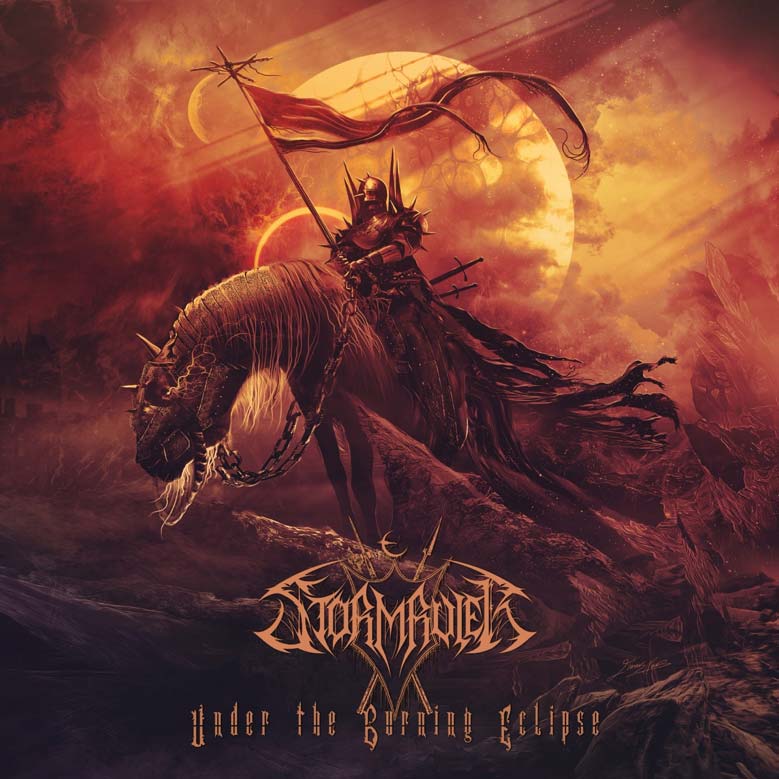 Stormruler comments on signing to Napalm Records:
“We are thrilled to embark upon this journey with a solid label like Napalm Records. Many bands that have inspired us have found their home on Napalm in the past and presently. We hope to forge our own path amongst their legacies!”

Sebastian Münch, A&R, Napalm Records adds:
“STORMRULER is living proof that excellent black metal is not an entirely Scandinavian business! Under The Burning Eclipse is probably the best black metal album of the last 10 years!”

Stormruler also recently signed with Hard Impact Management, led by Maurizio Iacono (Ex Deo, Kataklysm)! Maurizio says:
“When Sebastian at Napalm called me up to check out STORMRULER, I immediately saw the fire and did not hesitate to make them part of the Hard Impact family. Scandinavia was the birthplace of black metal, but I think America is now crafting some of the most forward thinking black metal bands in the world. STORMRULER has the work ethic and the songwriting magic to compete amongst the best in the genre, and I look forward to helping develop them to their full potential.”

‘Under The Burning Eclipse’ tracklisting:
1. The Shine Of Ivory Horns
2. Reign Of The Winged Duke
3. The March Onto Golden Lands
4. Age Of Steel & Blood
5. Culling Of The Blood Moon
6. Blood Of The Old Wolf
7. Journey To The Unknown
8. Under The Burning Eclipse
9. Prithee, Chosen
10. Of Hollowed Souls & Distant Flames
11. An Empire Of Ash & Dust
12. At The Cliffs Of Azure City
13. Illuminating The Ancient Sky
14. Dawn Of The Eternal Fire
15. A Message From A Foreign King
16. Mark Of The Valkyrie
17. Blood Ritual
18. Fear The Old Blood
19. Fields Of Mortal Shame 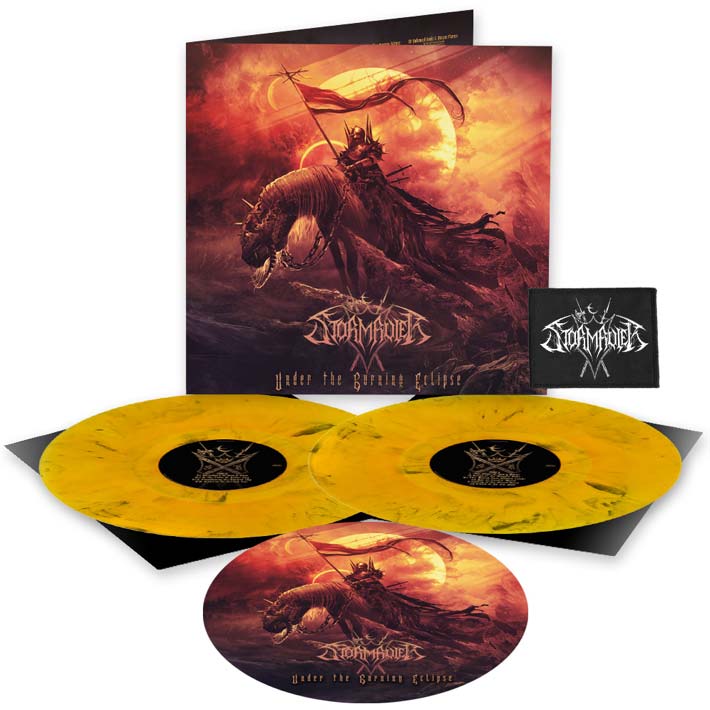