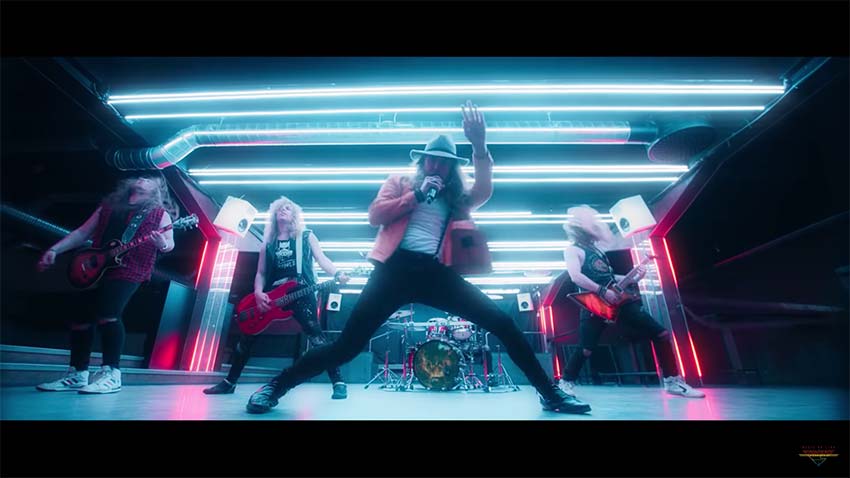 Frontiers Music Srl will release the third album, and label debut, from Temple Balls, ‘Pyromide’ on April 16, 2021. On Friday they unleashed the second video from the album, “T.O.T.C.” Watch it HERE:


The hard rockin’ Finnish band is ready to take the world by storm!

Watch the video for the first single, “Thunder From The North” HERE: https://youtu.be/GsyAsTJwoWY

And now a message from the band on the meaning of their name:

“The Story Behind The Name

A little dove floats in through the window like a snowflake on a mild winter night in Lapland (97% of the people who read this may think that Oulu is actually in Lapland, but tell you what, no, it is not..) and carries a message to our headquarters and a vigilant vocalist notices the bird. He gently opens the band that holds a tiny paper scroll tied to the dove’s leg. The vocalist reads the scroll which says:

“What are Temple Balls?”

After a damn good cup of coffee, he decides to answer the ever demanding question about the group’s name, so here goes:

It is a perfect summer day back in 2008. A slightly wild teenager, a bass player called Jimi, reads a book in his hammock. Normally he’d be bouncing all over the place probably making pranks and sharing laughs with his friends. This time it’s different. This time, the 14 year old boy got his hands set tight on the cover of the book he’s reading.

The adventures of a band called Hanoi Rocks and more precisely a guitarist and a songwriter named Andy McCoy seem to interest this little fellow so much he decides to put a band together and enjoy the ride of rock n roll and heavy metal like so many before him.

As the clouds drift across the blue sky and start to cluster into a bigger grayish cotton candy-like figure, he dreams of playing on those same stages, just like the coolest guys on on the face of Earth.

“SO, I’ll put a band together, but it’s got to have a name,” he thinks. “It’s gotta be like a punch in the face or a kick in the crotch,” he wonders.

Suddenly, the sky above him begins to thunder like hell and it starts to look like there’s gonna be heavy rain soon. Jimi, who’s used to spending his time outdoors, slowly strolls back towards the summer house his family is staying in. Still holding a firm grip of the book he turns the page and a few raindrops fall on the open spread.

“SHIT!” he swears. “I just got this goddamn book and haven’t got to finish it yet…”.

He enters the porch, opens the door and steps in. He kicks off his Star Wars themed flip flops and rests his young bones on the bed and focuses his vision back on to the book. At first glance he immediately sees it…it’s like a gift from the gods! Like a surprise present in the candy store and all those clichés layered on top of it.

On the page where the raindrops had hit reads “TEMPLE BALLS”.

“That’s it!! That’s the name of my band!”, he jumps up and screams! “This is going to be the best rock band in the world!”

After a few years of writing songs and gigging all around Finland the band called TEMPLE BALLS got their first record deal and were asked if they’d like to change the band’s name.

The tribal council gathered and cast their votes and the results were unanimous. The band decided NOT to change the name even if they already had gotten some negative feedback about it from their ever growing audience.

It implies the freedom to call themselves whatever the F they wanted their band to be called.

It takes a lot of “balls” to call your band Temple Balls. So why would we change it?

You see, this is rock n roll…

I truly hope you liked this story and finally got the information you were looking for.

Stay safe and see you at the gigs (eventually)!”

Temple Balls are an energetic hard rock band from Finland. ‘Pyromide,’ their Frontiers debut and third album overall, is a tour de force of melodic hard rock that sees the band pushing themselves onto the world stage. Produced by none other than Jona Tee (H.E.A.T.), ‘Pyromide’ is a tour-de-force of hooks, powerful rhythms, and anthemic rock ‘n roll like it was meant to be played. 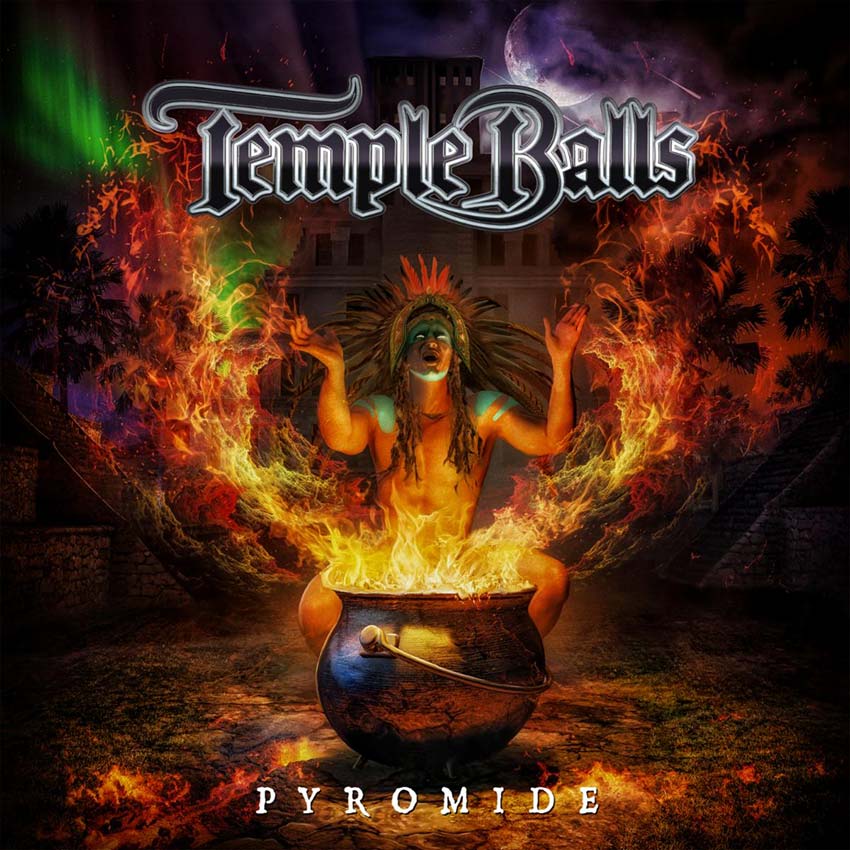