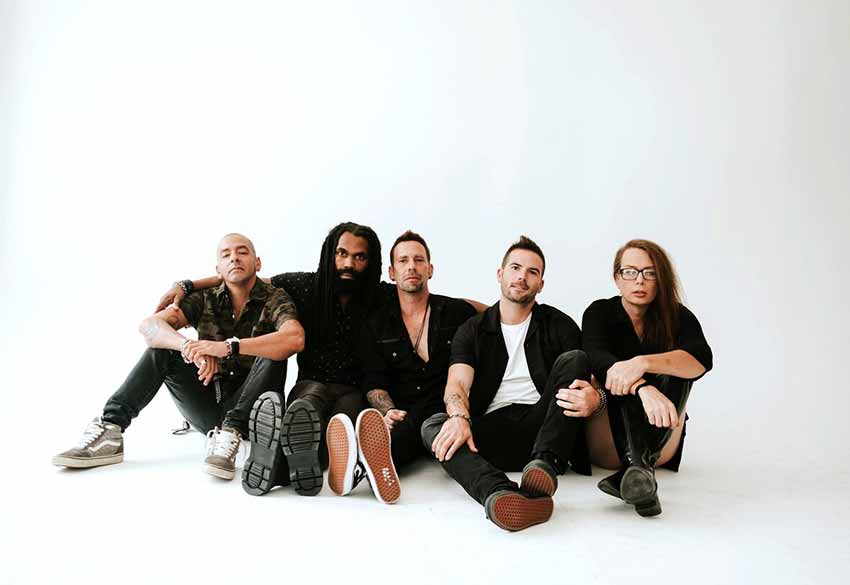 Hard rockers Weapons of Anew have dropped their new song titled “Break The Ties,” which you can check out below in official music video form.

Here’s more from a press release:
“It will be the first song released with new members, singer Richie Hume and drummer Lun’iah Fontana. The new song is the first to be released from the forthcoming 2023 release, The Art of War.

This was the first song written for The Art of War. It came about as guitarist Freddy Ordine and Logan Mader (Machine Head, Once Human) hit it off while on tour together. WOA were auditioning producers and Freddy, a huge fan of early Machine Head material, invited Logan to spend time at their studio.”

“I couldn’t be happier with how this song came together and turned out,” says Ordine. “It had our New York attitude and Logan’s west coast vibe. We really nailed the direction I wanted to take Weapons in!! Logan was just amazing to work with!!!!”

The presser continues:
““Break The Ties” is about cutting away the bad and being in a more together space with everything. “It’s crazy to me that a year after this song was written, [bassist] Reno and I moved to Florida and rebuilt Weapons,” adds Ordine. “I guess subconsciousness is a mother f*cker!!! Had we only known or listened sooner!!!”

This Tampa-based hard rock outfit, originally from New Jersey, released their debut, The Collision of Love and Hate, in 2017 and toured heavily to support it, including opening for Scott Stapp, Alterbridge and Tesla. WOA recorded a second album for release in 2020, with the first song released, being a cover of The Chainsmokers “Sick Boy” dropping in September 2020, reaching #25 on Billboard Active Rock, #18 Billboard Indicator and #27 Mediabase Active Rock.

It currently has 1.2 million streams. The release was delayed due to COVID and in mid-2021 WOA made their personnel changes and re-recorded the songs for The Art of War.