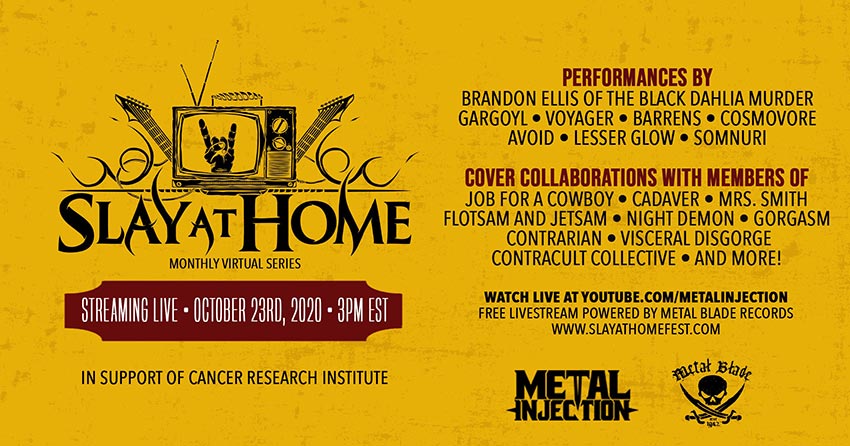 This month’s stream is sponsored by Metal Blade Records and is in support of the Cancer Research Institute.

In addition, and as per show runner Frank Godla, this month’s viewing is in honor of Frank’s father, Frank Godla Sr., along with “Eddie Van Halen, and Frankie Banali of Quiet Riot who [along with Frank’s father] have recently passed away from cancer. As well as Entombed’s LG Petrov who is currently battling cancer and collecting funds for medical attention.”

Check out the replay below.