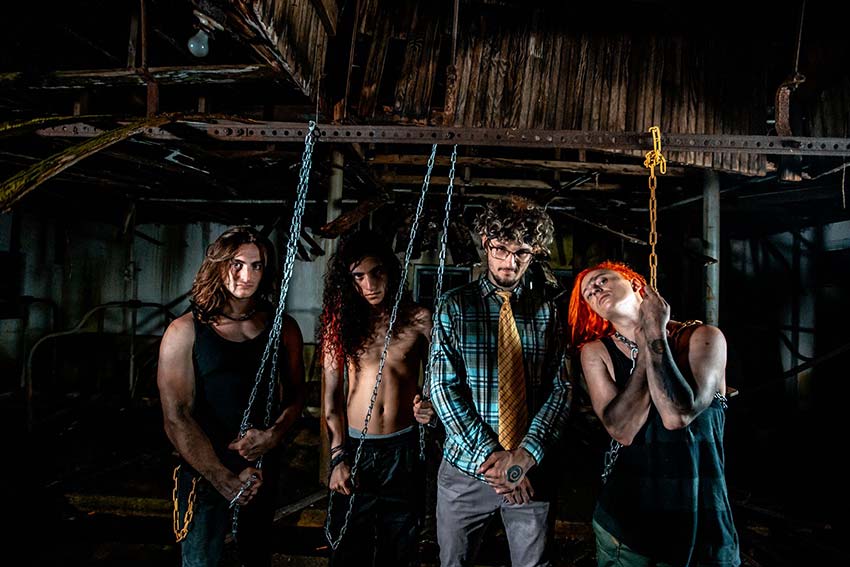 PA nu-core act Tallah are getting ready to release their new record, ‘Matriphagy,’ on October 2nd through Earache Records (pre-order).

To celebrate the LP’s impending unleashing, the band will perform said new album in its entirety for the first time ever tomorrow, Thursday (10/1) via a special Knotfest.com streaming concert airing at 3:00PM PT/6:00PM ET. The performance was previously recorded at the haunted Willow Glen State Penitentiary, AKA “Prison of the Dead,” in Reading, PA and was filmed by hate5six (Code Orange, Sick Of It All).

This is Tallah getting even closer to our final form. With the pandemic happening, it is unlikely we will get to play live any time soon, so we have all this pent up energy and unfulfilled desire–artists and fans alike. Let this serve as a temporary cure for the itch.

I’d like to think I have my finger on the pulse of what’s fresh, but seeing Tallah live had me questioning if I’m slipping. As you’ll see in this set, they came out of the gate hard and didn’t relent. It left me wondering where the fuck they came from,” says hate5six. “Tallah convolves 90s nu-metal vibes with the adrenaline rush of a chaotic hardcore band, yielding something that feels relevant rather than dated. Filming this set was actually the first time I heard the band, which was intentional because when a band’s live performance inspires me it leads to a more organic and authentic video, one that is driven by heightened senses rather than stale choreography. If this set is also your first time hearing Tallah, sit back and let it consume you.

Immediately following the performance, Tallah will be on Mosh Talks/Knotfest’s Twitch Channel for a post stream hangout and interview. 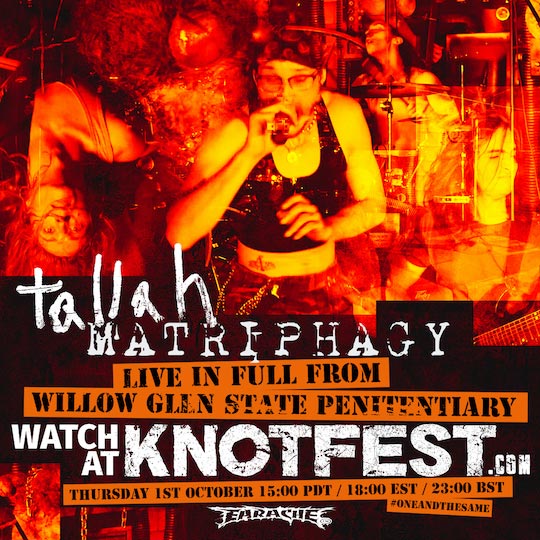