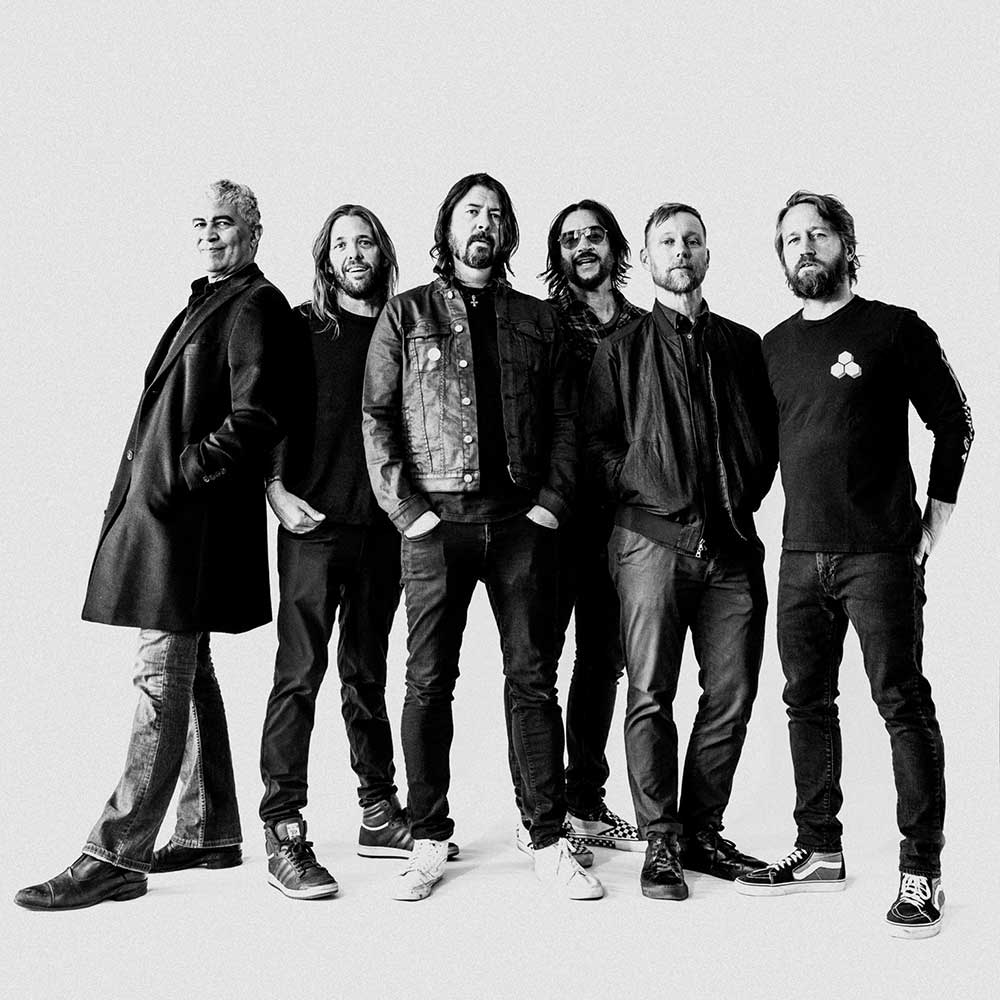 Drummer Oliver Taylor Hawkins – widely known for his work with rock giants Foo Fighters – has died at the age of 50, Foo Fighters confirmed today, March 25th, 2022. What caused Hawkins’ death has not been revealed as of this posting.

In a message released on social media, Foo Fighters said:
“The Foo Fighters family is devastated by the tragic and untimely loss of our beloved Taylor Hawkins. His musical spirit and infectious laughter will live on with all of us forever. Our hearts go out to his wife, children and family, and we ask that their privacy be treated with the utmost respect in this unimaginably difficult time.”

Currently on tour in South America, Foo Fighters were scheduled to play ‘Festival Estereo Picnic’ in Bogota, Colombia, tonight, March 25th. Foo Fighter’s festival set in Colombia was, of course, cancelled. The band just performed at ‘Lollapalooza Argentina’ in San Isidro this past Sunday, March 20th, and were confirmed to hit ‘Lollapalooza Brazil’ in São Paulo this Sunday, March 27th.

Born in Fort Worth, Texas, Hawkins joined Foo Fighters in 1997, replacing drummer William Goldsmith, who contributed to the band from 1995 to 1997. Prior to joining Foo Fighters, Hawkins was the touring drummer for Canadian-American musician, singer, songwriter and actress Alanis Morissette, and also worked with British-born Canadian rock singer Sass Jordan along with progressive experimental band Sylvia. Hawkins also formed his own side project, Taylor Hawkins and the Coattail Riders, in 2004.

Hawkins contributed to all Foo Fighters’ studio albums from 1999 to 2021, including top selling albums like ‘There Is Nothing Left to Lose,’ ‘One by One,’ and ‘In Your Honor.’ With Hawkins on drums, Foo Fighters have sold over 6 million records in the USA alone.


God bless you Taylor Hawkins. I loved your spirit and your unstoppable rock power. Rest In Peace my friend. pic.twitter.com/AkiRLF2L3e


In absolute shock & disbelief over the the passing of Taylor Hawkins. I’ve always had so much admiration for him. Amazing drummer & a gem of a guy who was always fun to be around. I’m absolutely gutted…my deepest condolences to his bandmates & family 😥🙏 #RIPTaylorHawkins pic.twitter.com/a3X0k2AqYW


Taylor Hawkins 1972-2022.
Our deepest sympathies to Taylor’s family, his fans, and of course his band. pic.twitter.com/qlEaQK0uui


We lost one of rock music’s greatest drummers. Our hearts go out to his family, the band, and fans around the world as we all mourn this heartbreaking loss. RIP Foo Fighters' Taylor Hawkins. pic.twitter.com/3jyTHl3cTK

A beautiful man that brought joy to so many. pic.twitter.com/qWhgrz6h9H


. @TaylorHawkins was truly a great person and an amazing musician. My heart, my love and my condolences go out to his wife, his children, his family, his band and his fans. See you on the other side – Ozzy


Watching Taylor Hawkins play the drums and listening to him anchor the Foo Fighters was one of life’s great joys. The news of his death is just heartbreaking. RIP, Taylor.


In utter disbelief at the news of Taylor Hawkins. Our deepest condolences to his family, his bandmates, his team, his friends and everyone that was ever touched by the music he created with @foofighters @Alanis and so many others. This is so incredibly sad. pic.twitter.com/2AUeqpaN94


Taylor Hawkins might’ve been the only drummer alive who could support Dave Grohl and not make you wish Grohl was sitting behind the kit.


RIP to Taylor Hawkins from Foo Fighters. You were an inspiration to me and countless others. You will be missed.


Shocked and saddened to hear @taylorhawkins has passed away today.! 😞. Our prayers and condolences go out to the Hawkins family, ⁦@foofighters⁩ friends and fans. Sad. https://t.co/Mgu2K4SJyL