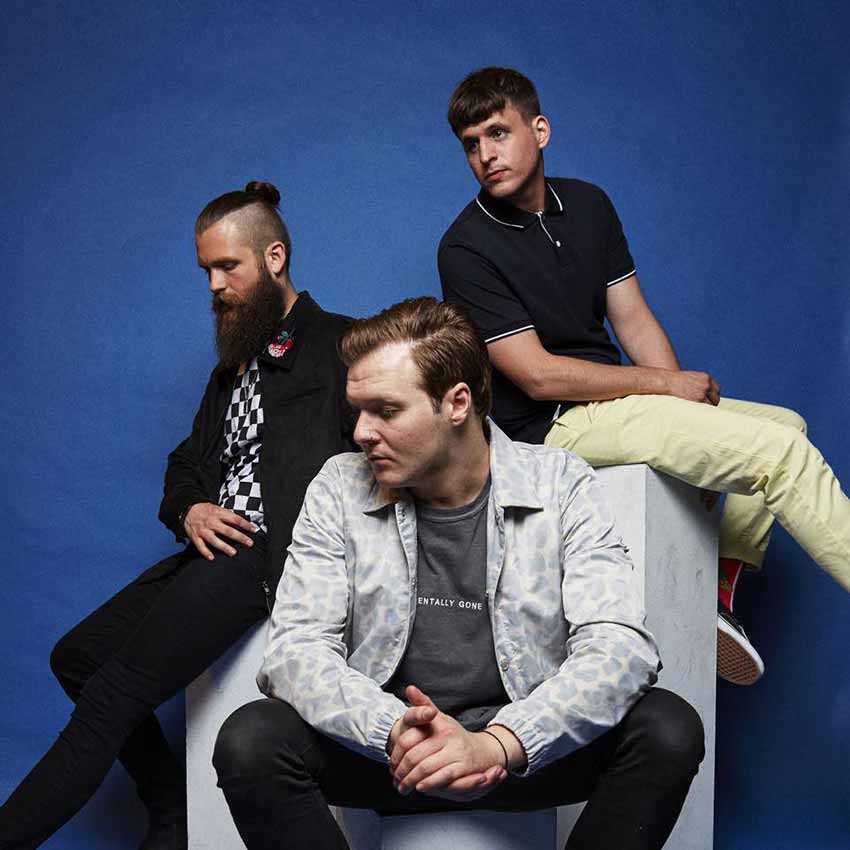 Lexington, Kentucky-based post-hardcore outfit Too Close To Touch have announced the death of their vocalist Keaton Pierce (pictured center in the above photo).

In a statement released via social media on Saturday, March 26th, the band said:
“To all of the people who’s lives were positively affected by the music of Too Close To Touch.
We wish we had a better way to break this news.
Our friend & brother Keaton passed away suddenly and unexpectedly, just a short time ago due to a medical condition he had been dealing with privately.
We are shaken and saddened and speechless.
We all relied on Keaton to put words to feelings like these and convey them in a way that was undeniably one of a kind.
Keaton lives on through these songs that we made together.
He lives on through that feeling you get when you listen to them.”

Pierce helped establish Too Close To Touch in 2013 along with lead guitarist Thomas Kidd, rhythm guitarist Mason Marble, bassist Travis Moore, and drummer Kenneth Downey. As a five-piece, the band released two studio albums: ‘Nerve Endings’ in 2015 and ‘Haven’t Been Myself’ in 2016, along with their EP ‘Too Close to Touch’ in 2014.

In 2018, Thomas and Travis departed from the band, and Keaton, Mason, and Kenneth continued with the project, eventually releasing their four-part EP, ‘I’m Hard To Love, But So Are You,’ in 2019 and 2020.

In late 2019, the trio took to the road for a tour alongside Emarosa, hitting venues in Phoenix, Austin, Nashville, NYC, Philly and more.

Keaton was also an avid gamer, and enjoyed playing games like ‘Apex Legends,’ ‘Rogue Company,’ ‘Valorant’ and more on his Twitch channel.


God damn there's been so much trauma the past few days…. my friend Keaton Pierce died… Taylor Hawkins died…. kid died in orlando falling out of a ride that's right by my house…. I got accidentally drugged yesterday…. wtf is happening


RIP Keaton Pierce ❤️ He was such an Amazing Vocalist and you felt everything he sang through his songs. Too Close To Touch was one of my favorite bands in High School. “Nerve Endings” and “Haven’t Been Myself” are Amazing Albums and they mean so much to me. pic.twitter.com/dBjOu5ajY1


I’m absolutely heartbroken. I love you, @KeatonPierce. I’m going to miss you so much 💔 pic.twitter.com/sVtLKFqYxf


In the last 24 hours the rock scene has lost Taylor Hawkins of Foo Fighters and Keaton Pierce of Too Close To Touch.
Our hearts are heavy and with the families of these 2 phenomenal and influential musicians.
Rest In Peace, kings.


i'm sure i'm not alone in saying that too close to touch's music holds a special place in my heart.

before i cave in specficially got me out of the worst period of my life, it saved me.

it's unbelievably hard to process all of this.


I love you, @KeatonPierce. Until we meet again, buddy…


I don’t think I would be who I am without Too Close to Touch’s music. They soundtracked an entire part of my life and I’m just so beyond devastated. RIP Keaton Pierce you will be missed


These last two days have been rough.
Rest In Peace both Keaton Pierce of Too Close To Touch and Taylor Hawkins of Foo Fighters. pic.twitter.com/ROPTkdjSPj

RIP Keaton Pierce. Sending all our love to @TooCloseToTouch and his friends and family. 🖤


On my way home from work I had an urge to listen to @TooCloseToTouch. So I played them on shuffle. Woke up to find out Keaton Pierce passed away. This is genuinely fucking heartbreaking. Sending all my love to his family, friends, and band mates