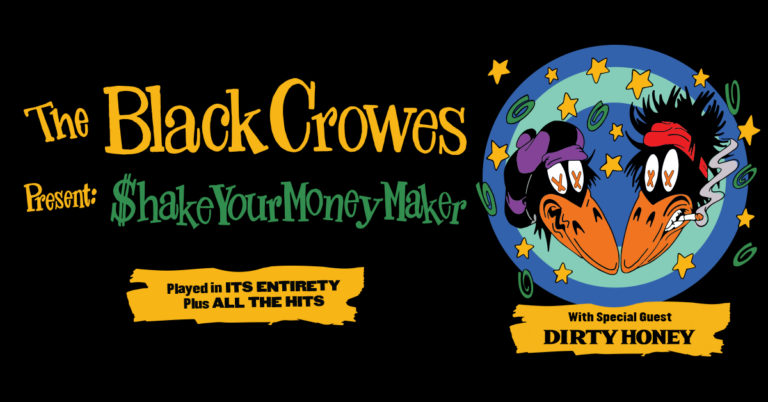 Georgia rock vets The Black Crowes are back with their just announced 2021 summer run being called the ‘Shake Your Money Maker’ tour, which will see the band performing said debut album in full. In addition, it has been announced that The Black Crowes long-time bass player Sven Pipien will be returning to the band.

Featuring support from LA rockers Dirty Honey, the massive outing kicks off in Nashville, TN on July 10th for back-to-back gigs at the Ascend Amphitheatre and runs through August, winding down in Bethel, NY on September 25th. See all 37 booked shows below.

Today’s announcement states, “Tickets are on sale now at TheBlackCrowes.com. All fans who purchased tickets for the previously announced 2020 dates will be honored for the 2021 shows.”

Also Check Out: Kings of Leon announce 2021 ‘When You See Yourself Tour’