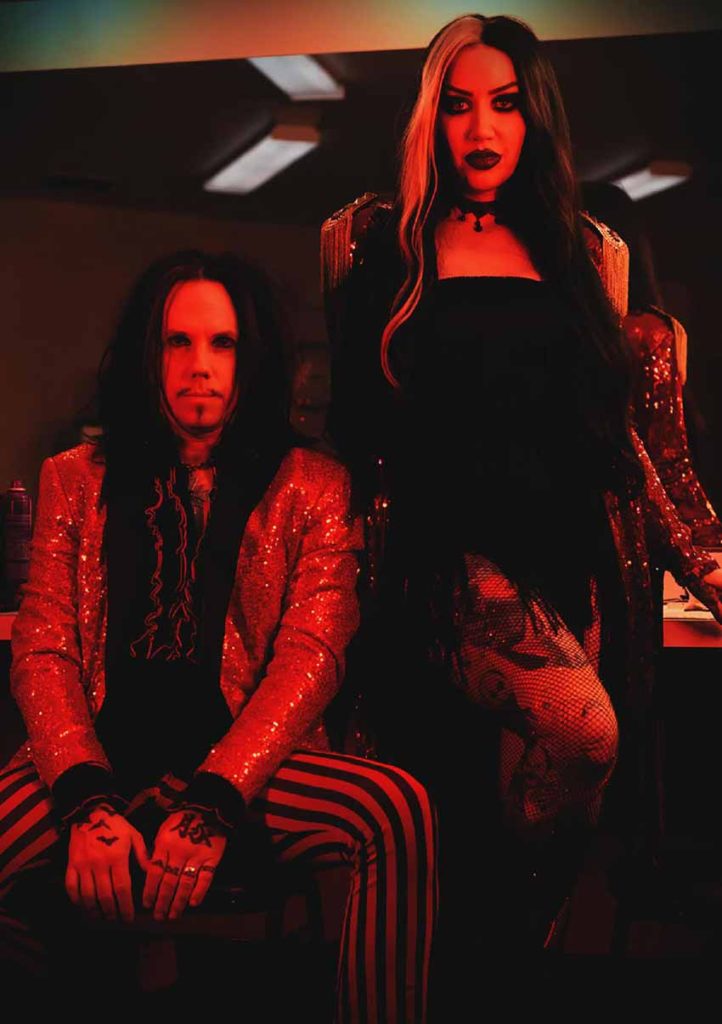 Goth-pop duo The Haxans – consisting of Ash Costello (New Years Day) and Matt Montgomery (Rob Zombie) – have released the official music video for their cover of the David Bowie classic tube “Scary Monsters (And Super Creeps)” — check out the clip below.

A presser states, “Shot during their residency at the legendary SoCal Halloween attraction, Knott’s Scary Farm, the track sees a rare lead vocal from Matt on a song by THE HAXANS.”

Montgomery states, “We picked our covers for our Knott’s this year from Halloween playlists we’ve created over the years. One song that has been a staple ever since I could make playlists, was this Bowie song. The original version has such a unique vibe, that it really took some years to figure out how to bring our own thing to it. It’s surely a fun one for me to sing on a little more than I do most of our other tunes. It’s certainly become a song that defines us and our audience and gets a party started!”