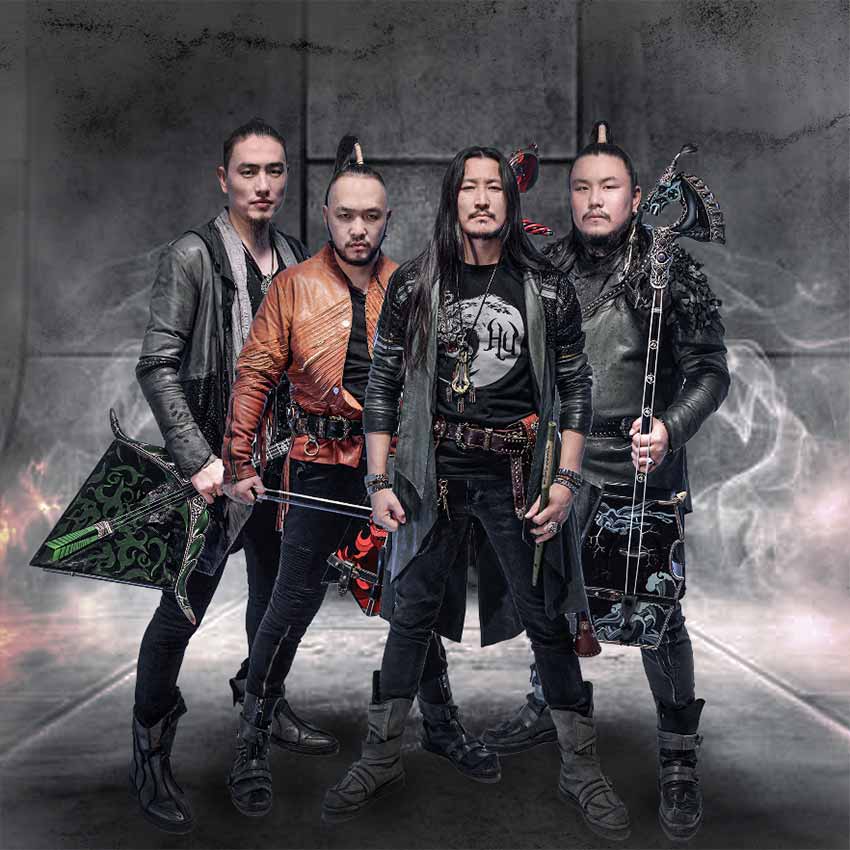 Mongolian rockers The HU will head out on the road this spring as part of the ‘Black Thunder Tour’ — see all confirmed gigs below.

A presser states, “Today, [The HU] announced their “Black Thunder Tour” with a series of headlining dates, beginning in San Diego, CA on April 16 and ending in Mexico City, MX on May 31. The tour, which the band talks about in a new Q&A below, will continue the live music celebrations that the band is set to kick off during their Coachella sets on Friday, April 15 for the first weekend of the musical festival and on Friday, April 22 for the second. Fans will be able to purchase tickets for the tour starting tomorrow, Wednesday February 16, for the fan presale, Thursday, February 17, for the local presale, and Friday, February 18 for the general on sale. All ticket sale times begin at 10AM local time. For more information on “The Black Thunder Tour,” visit thehuofficial.com/tour-1.”

They add, “The tour will continue to tease new music from THE HU’s highly anticipated sophomore album, due later this year from Better Noise Music. The album was recorded in their homeland of Mongolia over the last several months, during which, the group gave an update from the studio to fans via their YouTube channel HERE. Fans can also expect special previews of the project with live performances of new songs that the group originally premiered on their North American 2021 tour.” 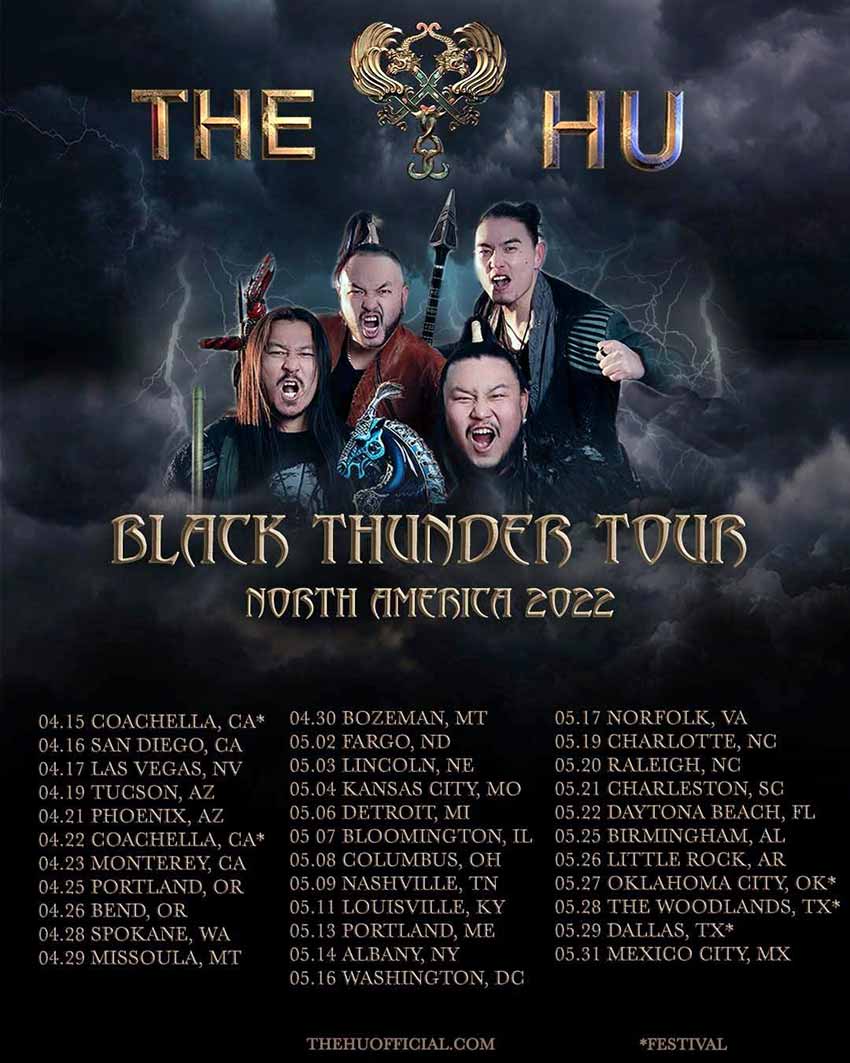