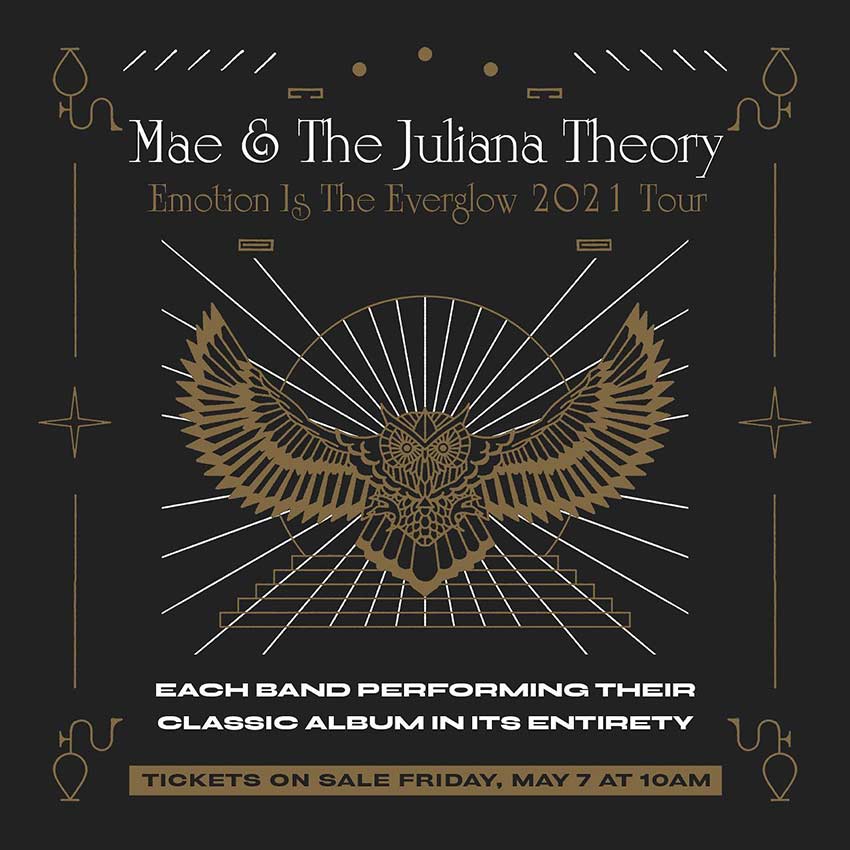 “The tour kicks off with rescheduled shows in Los Angeles and Brooklyn before an appearance at Furnace Festival in Alabama as well as a string of new dates across the East Coast,” notes a presser. “Tickets for the shows go on sale Friday, May 7th at 10 AM local time and you can find a full list of tour dates below.”

Speaking on playing shows in support of the album, The Juliana Theory frontman Brett Detar says, “When we made Emotion Is Dead on a shoestring budget inside a tiny garage in Arkansas we never imagined that 20+ years later we’d be playing shows for people who wanted to celebrate this record’s existence with us all these years later. It’s an album that changed my life and I cherish the opportunity to be able to share the experience of community through music – especially considering the absence of that connection this past year.”

Lead guitarist and founding member Joshua Fiedler adds, “It was fun to be in a band, 21 years ago, writing songs with friends, sharing laughs at inside jokes, and generally just delaying adulthood in any way we could. Now 20 years later, we actually get a chance to celebrate a snapshot in time: one where we can play a collection of songs we wrote, while having some of the best times of our lives. A world where we can play music on a stage, and share those same feelings with many of the same people that were with us 20 years ago. What a fucking time to be alive!”

Mae comment, “We can’t tell you how thrilled we are to announce that we’ll be back on tour this fall celebrating the sweet sixteenth birthday of The Everglow. We will be playing the album from Prologue and Epilogue.” 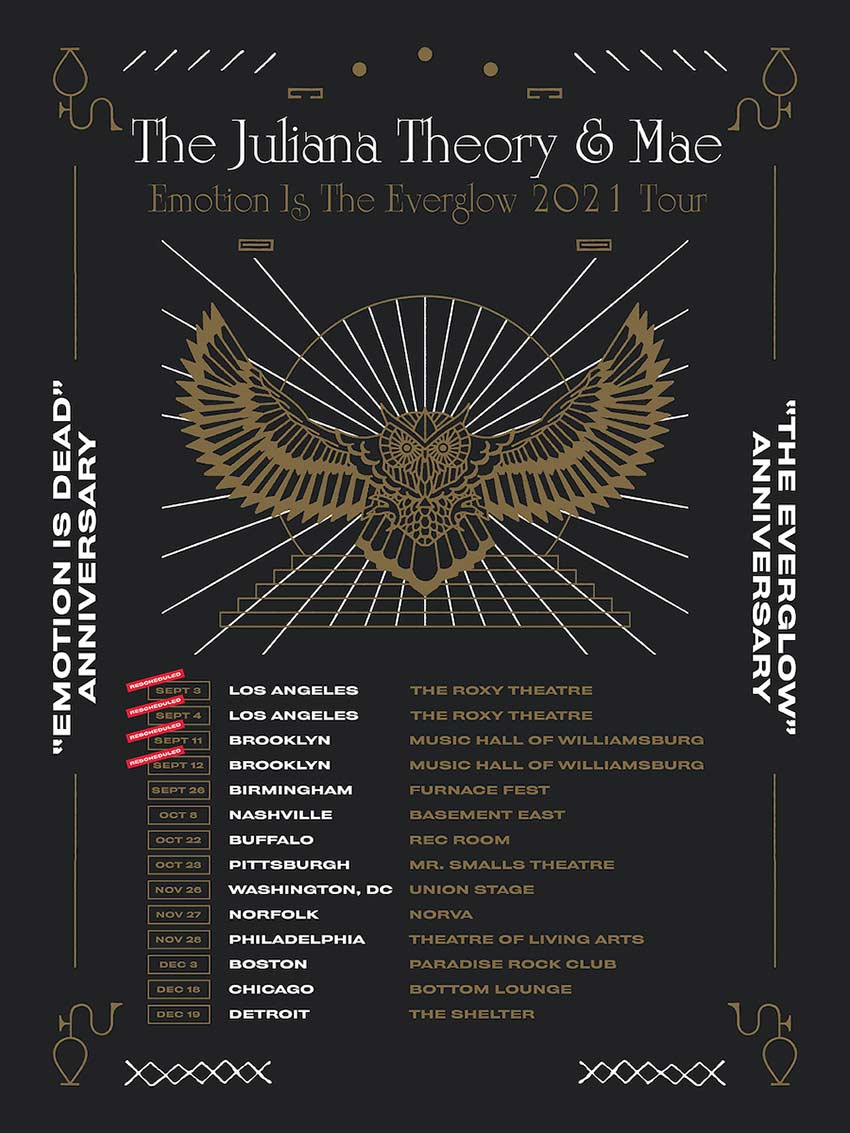