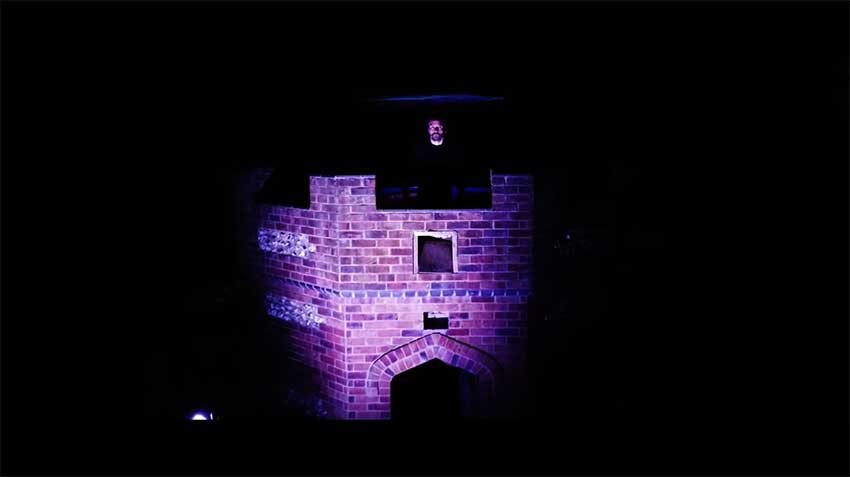 The Pineapple Thief have shared their new single, ‘Break It All’, the latest track to be taken from their upcoming album Versions Of The Truth, out on September 4th via Kscope.

“One of the darker, more sinister tracks from the album, ‘Break it All’ attempts to make sense of narcissistic destruction and the fallout”, explains frontman Bruce Soord. “I remember this song developed really quickly, with Gavin (Harrison) firing back new ideas that sent me off in all kinds of directions. We seem to have developed our shared musical understanding even further with this album. Sometimes I listen back and wonder where on earth it all came from.”

The track arrives alongside a video directed by George Laycock (Produced by Blacktide Phonic/Visual – https://black-tide.co.uk/ ), which sees the band trapped in a maze designed by Adrian Fisher with shots of the band interspersed with surreal patterns emerging from the darkness.


Bruce explains, “George wanted to shoot in the maze at night, which would have been simple had it not been the week after the summer solstice! So we had to wait until about 11pm before it was dark enough to shoot. We were really lucky to be able to use Adrian Fisher’s maze in his garden. Adrian is ‘the world’s leading maze designer’ and a lovely guy to boot. He was more than happy to see me and the crew running around it in the dead of night. The maze ties in perfectly with the album artwork and the overall concept. We also got to shoot the whole band (socially distanced of course!). It was really nice to do something together after so long apart.”

Throughout the album, The Pineapple Thief explore vast swathes of sonic territory, with minimalist passages building to explosive crescendos and instrumentals which blend disparate elements into flowing expressionism to create an immersive dichotomy.

It’s an album that holds up a mirror to the chaos and conflict of 21st-century life and tries to make sense of the distorted reflections that gaze back at it. A blurring between the real and the perceived, between meaning and intent. The title says it all: this is the soundtrack for a post-truth world.

Produced by the four members of the band – vocalist Bruce Soord, keyboardist Steve Kitch, bassist Jon Sykes and drummer Gavin Harrison – Versions Of The Truth marries a stellar musical breadth to a spectrum of emotions that run from anger and confusion to sadness and regret and even glimmers of hope. In places, the album is starkly autobiographical. In others, it confronts the chaos of modern life head-on.

What has emerged stands as The Pineapple Thief’s finest album yet. It takes the creative and commercial triumphs of their last two albums, 2016’s breakthrough Your Wilderness and its follow-up Dissolution, and magnifies them. Musically bold and lyrically thought-provoking, this is the sound of a band determined to push themselves forward.

Versions Of The Truth will be released on CD, LP incl. various colours, digitally, Blu Ray disc w/ bonus track plus as a limited edition deluxe hardback book 4 disc version and is available to pre-order here.

Due to the current Covid-19 virus situation the band’s planned headline tour for Autumn 2020 has been rescheduled for 2021. All tickets for the 2020 dates will be valid for the new dates. For refunds please check with point of sale. Full tour dates can be found at http://www.pineapplethief.com/tour/.