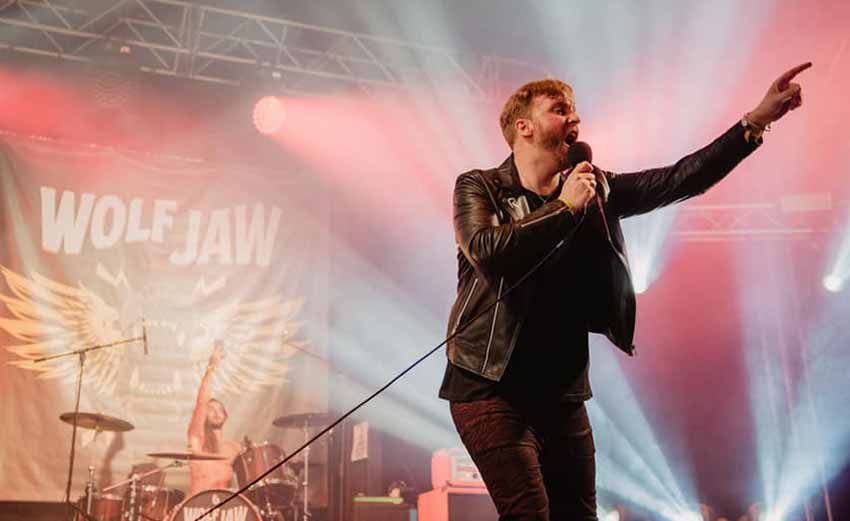 It is with the heaviest of hearts we are writing this post to you, this is a post that we never ever thought we would have to write.

The man who was the heart and soul of Wolf Jaw, our brother and friend has been called up for the great gig in the sky!!

We will miss you brother!!

Here is a statement from his wife, Heather.

“As many of you may know, Tom was talented, humble to the core, thoughtful and an all round rad guy. To me though, he was my best friend, my soulmate, the father of my children and my husband. He was everything and more to me, Milo and Bodhi. I have no idea what life will look like now, without him and I’m currently struggling to even comprehend it. Thank you for all your kind messages, love sent and thoughts.

I love you forever Tom, my king Mingo”

We would ask you to leave messages of the good times on this thread and please respect the privacy of his family and band mates at this time.

Thank you for you love and support xx

Earlier this year, Wolf Jaw (rounded out by bassist Dale Tonks and drummer Karl Selickis) launched a Kickstarter campaign in hopes of raising funds to help complete their third album, the follow-up to 2019’s ‘The Heart Won’t Listen’ (via Listenable Records).

Wolf Jaw were also getting ready to hit the road for a November 2021 run through the UK with Phil Campbell and the Bastard Sons.