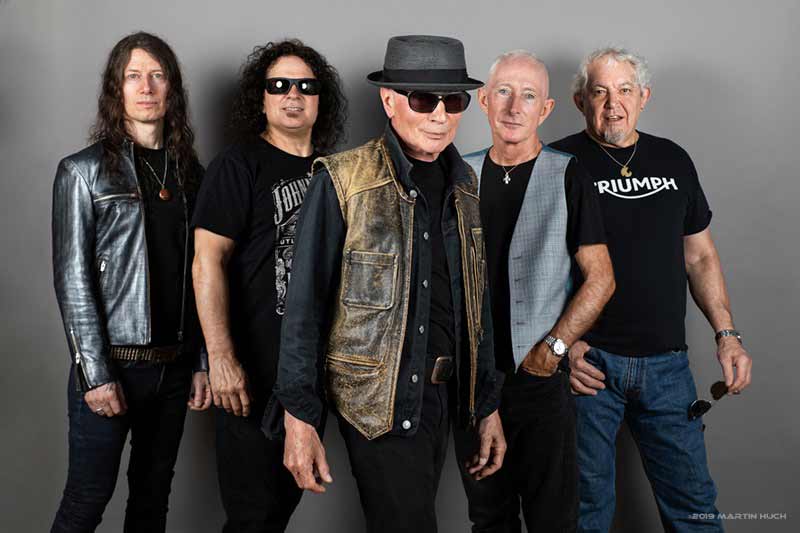 English hard rock and metal legends UFO have announced a farewell tour set to go down in two parts in 2022. See below for full info from a presser:

Following a number of tours around the globe and countless spectacular shows, British rock legend UFO will embark on its final tour featuring a series of exclusive concerts in summer 2022 to bid farewell to its fans in style. At the grand finale of a unprecedented success story, which began in 1969 and has spanned more than five decades, the band has announced a number of real highlights: The first one is scheduled to take place on Monday, 20th June 2022 at the Beatbox in Hannover (www.beatbox-hannover.de), where UFO are planning a public rehearsal, with a strictly limited number of only 80 tickets available.

One day later, on Tuesday, 21st June 2022, the band will perform a private open-air concert in front of an audience of 300, presenting the full set-list of the subsequent tour, and coming into exceptionally close contact with their fans. Tickets for both concerts will be available exclusively from Eventim from 1 October 2021.

UFO will then play the very last concert of their long career on 29th October 2022 in Athens, Greece, where the band performed its first show featuring current guitarist Vinnie Moore in February 2004.

Singer and band founder Phil Mogg is anticipating this very special farewell show with mixed feelings, while also very much looking forward to UFO once again meeting their extensive fan base between summer and autumn 2022. Says Mogg: “After so many years with countless highlights, fantastic experiences and lots of beautiful memories – as well as some difficult moments, naturally – it’ll be a worthy finale to say goodbye to your fans in person. I know that there are bound to be some very emotional moments on both sides.”