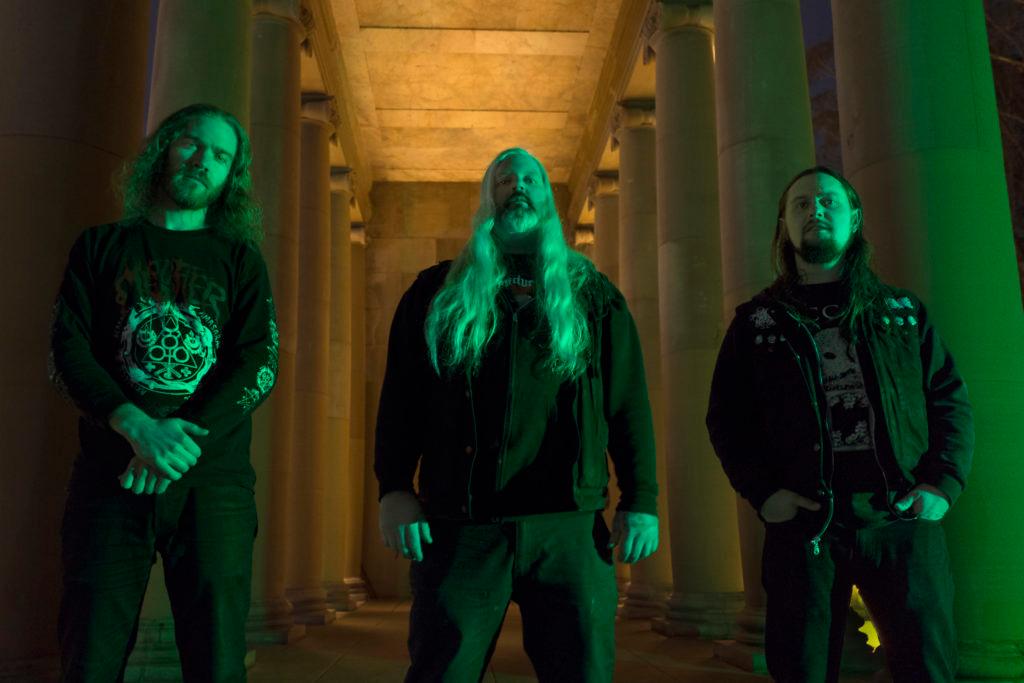 Here’s more info on the release via the official announcement:

Ulthar deliver labyrinthine blackened death metal so masterfully you’d think they designed the maze or are the minotaurs pacing it. The cover of Providence continues the surreal tree motif started on debut LP Cosmovore. However, it trades in the psychedelics and colors for a muted palette and more gruesome cover. You know the statue in which Pinhead is stuck in Hellraiser III? It’s like that but a tree – and with extra nudity. The sophomore LP’s music similarly ups the ante over the Oakland trio’s debut. At times (‘Churn,’ ‘Cudgel’) you can practically hear the box fan, as the band summons Morbid Angel. The influences are often as unorthodox as that Trey Azagthoth technique, with the darkness of Incantation struggling against the strangeness of Demilich. The often opt for the icy blitz of Immortal, while they often split the difference for fusion takes such as Sulphur Aeon or even mid-era Behemoth.