Florida metal/rock act Underoath have confirmed their new live stream virtual event being called ‘Observatory.’ With more details to be announced, the online event will see the band performing full album playthroughs of their LPs ‘Lost In The Sound of Separation’ (on 7/17), ‘Define the Great Line’ (on 7/24), and ‘They’re Only Chasing Safety’ (on 7/31). The band will also repress each aforementioned album in vinyl form.

We’ve been figuring out how we could do this for awhile now and are extremely pumped to be able to announce Observatory.

ALSO, we’ve heard you and we’re finally doing it; Each of those albums are having a vinyl repress.

This is special to us. We can’t have you all in the same room with us, but we’re working to have it be as interactive as possible. More details are coming. Let’s do it. underoathobservatory.com

Check out the official flyers above and below. Get more info HERE. 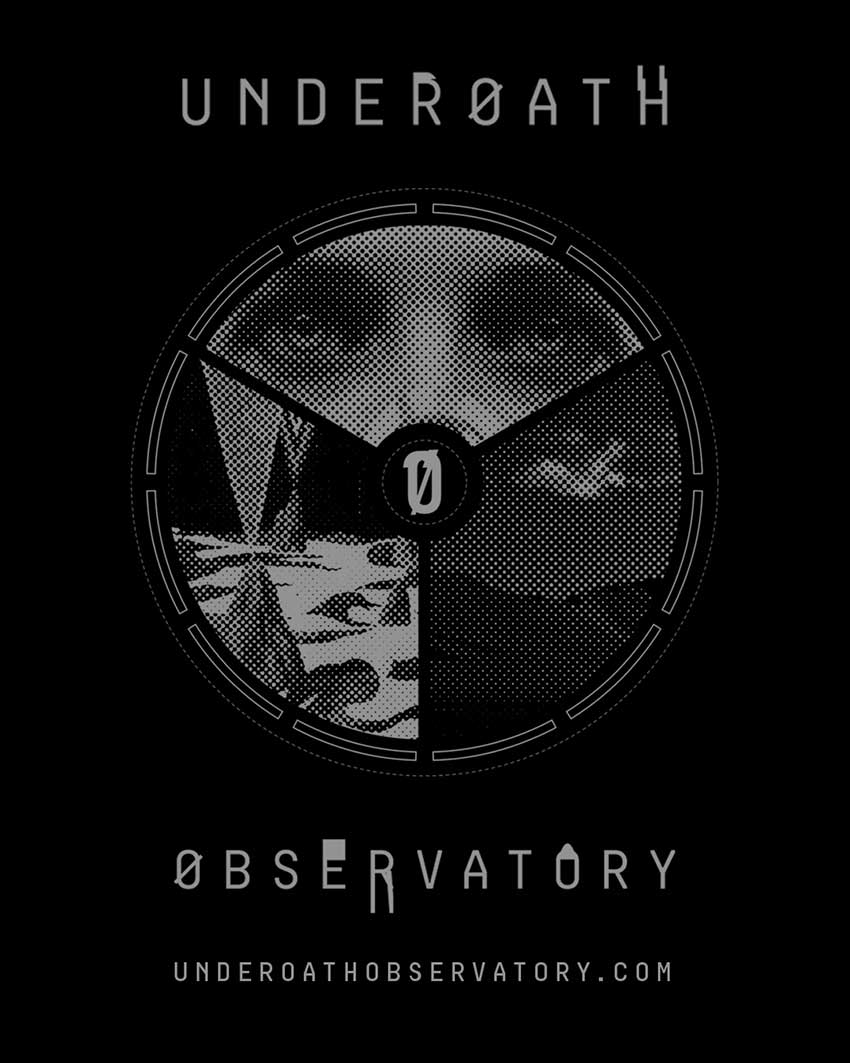