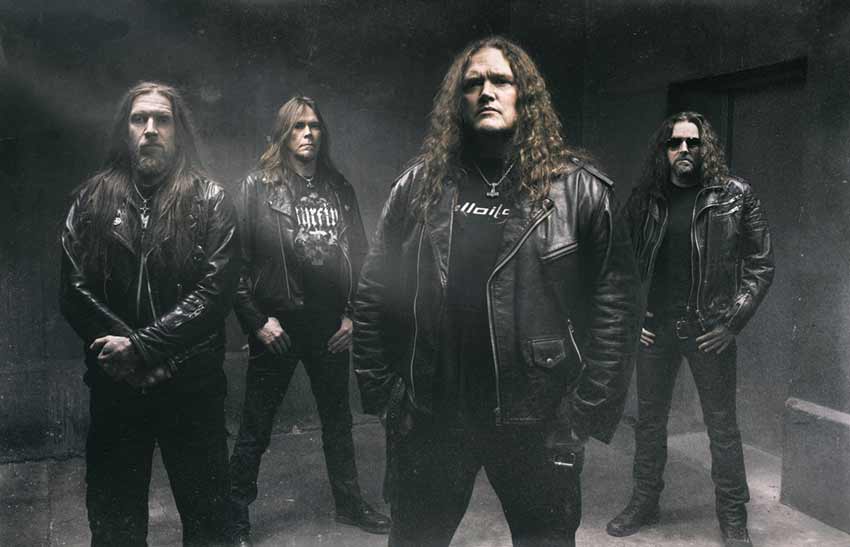 Just recently, Swedish death metal legends Unleashed announced their new studio album, ‘No Sign of Life,’ along with the release of their first single, “The King Lost His Crown.” Now, the Einherjar legions of Asgard return with their second single, “Where Can You Flee?”, offering another uncompromising musical weapon that transfers Viking values and traditions into modernity.

“Where Can You Flee?” offers hard guitar riffs, blasting drums and rough growls full of anger. The track unravels as an unstoppable war battalion that causes its listeners to lapse into a raving madness and builds up upon Unleashed’s well-established trademark sound of true death metal!

Johnny on the new single:
“The Midgard Warriors will never forget nor forgive, the atrocities that occured in Svithiod as the armies of White Christ burned village after village, raped and killed women and children on their way as they fled. Now, as the once so holy city of Jorsala has fallen, the Midgard Warriors pressed on in persecution of those responsible, and the hunt continues into the great Sinai peninsula. Whatever sacred mission lay behind it all, the Midgard Warriors are determined to find the answers. So “Where can you flee?” Where can you go?”

Watch the new video for “Where Can You Flee?” here:

Unleashed is led by founding frontman Johnny Hedlund, and features drummer Anders Schultz and two guitarists Tomas Måsgard and Fredrik Folkare – delivering and defining supreme death metal for over 32 years. On ‘No Sign of Life,’ the band formed of Viking descendants transports the listener straight into an outraging battle with 11 forceful tracks that revive the essentials of death metal, facing the sheer brutality of war. Unleashed are back to defend their throne, forging another wrecking machine that continues the marvelous legacy of Vikings.

The silence gets crushed right within the first notes of the album opener “The King Lost His Crown” and invents a paving rage that leaves you no time to catch your breath during its entire playing time. Bare boned screams are accompanied by epic shouts praising Odin and heavy guitar riffs as the journey of clashes continues in “The Highest Ideal,” until the album reaches its glorious peak with “Here at the End of the World” as a fading hymn for the victorious march that leaves the battlefield behind in ashes.

The Chief Vikings of Swedish death metal leave no doubt that they are still true to their roots after 32 years of existence. Unleashed proves that they indeed are and will stay the unchallenged leaders of Sweden’s death metal forefathers!

Unleashed on the album:
“It is our hope that our warriors all over the world will enjoy the new album just like they have our previous ones. We have, as always, tried to stick to our roots while testing our steel to develop the genre of Viking Death Metal even further.

Pre-order your copy of ‘No Sign of Life’ NOW! 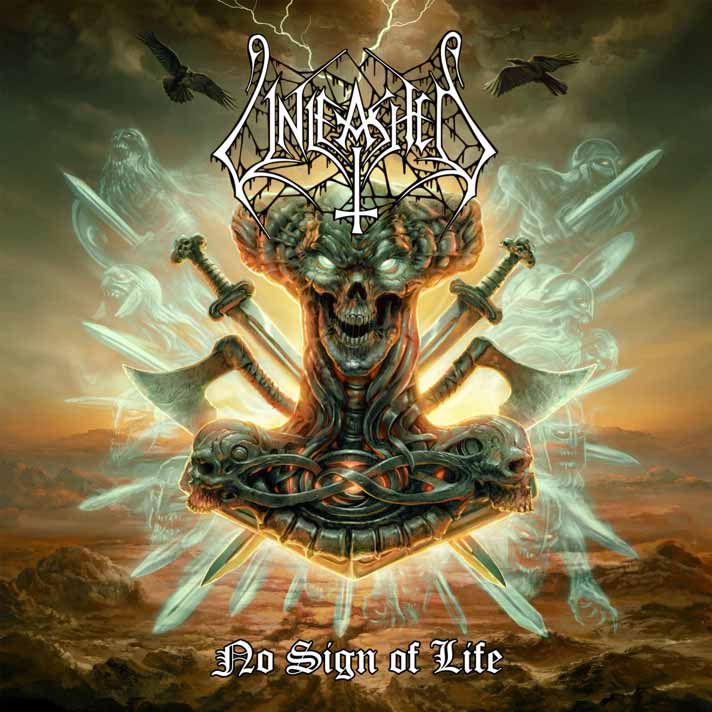