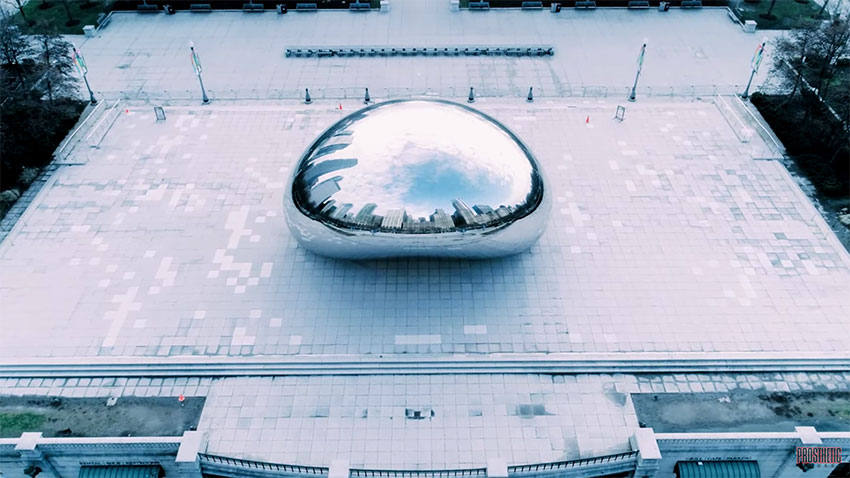 Chicago’s Varaha have premiered their new video, “Karantinas,” which shows the lonely streets of Chicago during this pandemic, accompanied by the band’s 2019 track “Disbelief.” The clip was created by videographer David Leep.

As well as being a striking visual representation of current day downtown Chicago, the project aims to draw attention to the precarious financial circumstances of both artists and ‘behind the scenes’ workers that contribute to the thriving artistic community in the city.

The Chicago Reader, who have compiled a list of ways to support various entities of the Chicago arts scene HERE, adds the following:

Precautions intended to slow the spread of COVID-19 have resulted in the widespread cancellation of concerts and the temporary closure of the great majority of Chicago’s music venues. Many people working in live music—artists, road crews, promoters, venue staff—are losing most or all of their income during this crisis.

Let’s get creative and let’s do something that could resonate with people. I think that despite the suffering, beautiful things are happening. And when this mess is over, we will never ever ever take anything for granted.