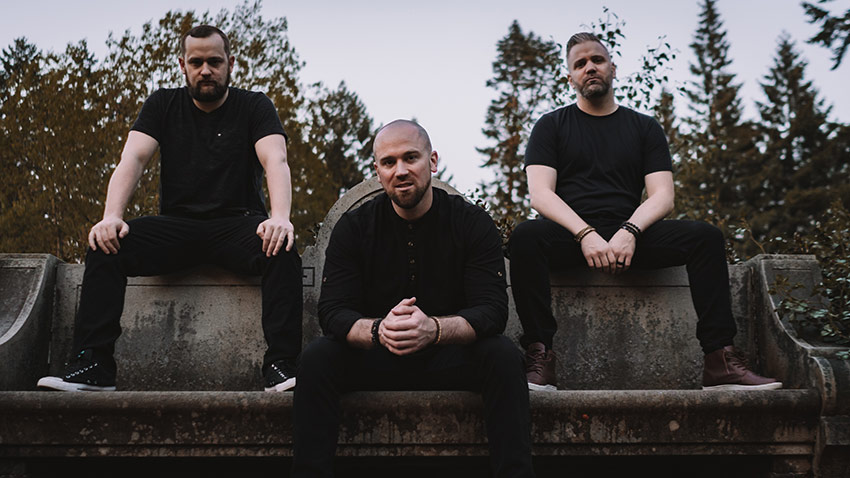 Portland-based rock trio Veio – the musical collaborations of brothers Cam (vocals, guitars) and Brett Byrd (drums), rounded out by Kris Lewis (bass, vocals) – recently issued a deluxe edition of their 2020 album ‘Vitruvian’ featuring reworked versions of some of the best singles from the record. With that same thought in mind of reimagining songs, the band will be releasing their cover of the Alice In Chains classic tune “Rooster” on Friday, June 25th (pre-save). For a sneak peek at the track, scroll down below for a full stream ahead of tomorrow’s official unleashing.

Regarding the cover song, Veio commented, “After releasing our previous album, Vitruvian, we wanted to experiment a bit before diving into the next record. Some of those explorations became Vitruvian: Reimagined, and the last one was Rooster. We included our fans in the selection process and let them choose possible tracks and vote for their favorite. There was a lot of love for Rooster. Being from the Pacific Northwest we are of course fans of Alice In Chains and that era of 90s heaviness in general, so it was exciting to inhabit that track for a moment. There’s a real feeling of defiance and perseverance to the song, and even some triumph in the midst of otherwise bleak subject matter.”

Back to the deluxe edition of last year’s ‘Vitruvian,’ the new effort features stripped back versions of their singles “Ascendancy,” “Penumbra,” “Flair of Defiance” and “Centauri,” along with all nine tracks from the original full-length release. The reimagined songs offer fans a more intimate look at some of the top hits from ‘Vitruvian.’

Talking about these new reshaped singles, Cam previously said, “Given the state of the world right now, we wanted to write these reimagined tracks as a way to support the album without touring. Rewriting some of our favorite tracks from Vitruvian gave us the opportunity to view our music through a different lens and push ourselves artistically with an approach we’ve never taken before.”

Speaking of touring, Veio recently announced plans to team up with Alesana and Picturesque for U.S. summer shows, check out all tour dates after the tune below.