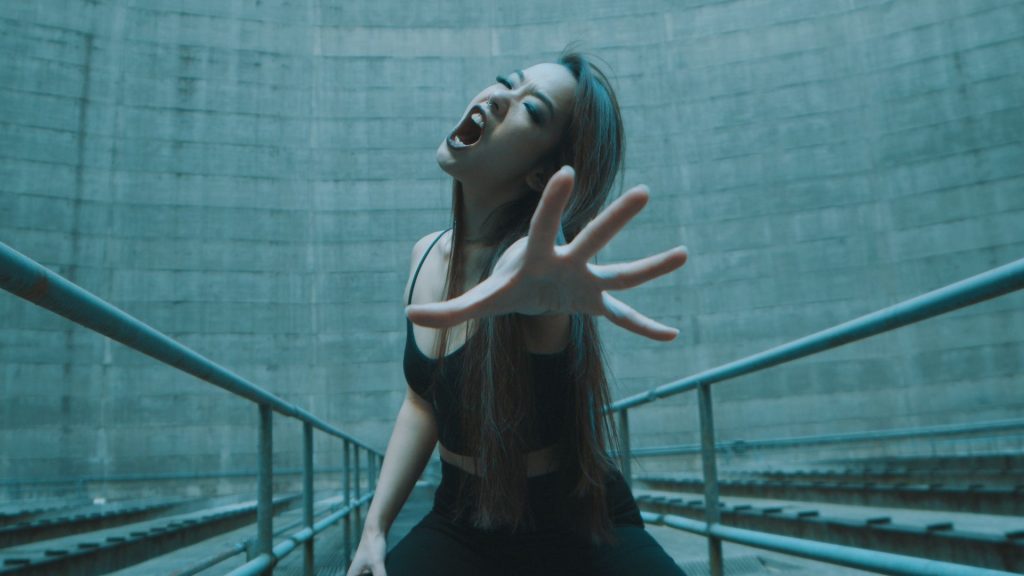 The Portland, Oregon-based VINTERSEA – whose crushing progressive metal draws heavy inspiration from the darkened skies of their native Pacific Northwest – has unveiled a new music video, “Befallen,” the latest in a series of dazzling clips that pair the group’s blackened, dramatic mini-epics with stunning visuals:


The “Befallen” video – which the band premiered before a live audience at Portland’s Hawthorne Theatre on Sunday night – was directed by bassist Karl Whinnery and filmed at the abandoned Satsop Nuclear Power Plant in Elma, Washington, a small town located 90 miles southwest of Seattle. “I wanted the video to represent the bleakness and capture the aggressiveness of ‘Befallen’ appropriately,” Whinnery says. “When we started discussing concepts, I knew I had the proper location in mind and everyone jumped on board. Barely above freezing and filming six stories off the ground in some spots, it was an epic shoot. We had to shoot with fish-eye lenses to fully capture the gigantic scope of the cooling tower and reactor rooms.”

Adds guitarist Riley Nix, “’Befallen’ occupies a particularly dark place in the album’s timeline, and it’s meant to evoke immense dread and opaque darkness through blistering riffs, punishing blast-beats and relentless vocal lines. However, even in its darkest and most desperate moments, a sliver of hope shines through the song with ethereal vocals and epic chords. As many of our long-time friends and fans know, resolve in the face of overwhelming darkness is a huge theme throughout our music, and we hope the song and video showcase that.”

“Befallen” is the third video from VINTERSEA’s sophomore release (and M-Theory Audio debut), “Illuminated,” which was released in September on CD, digital and limited-edition blue/white vinyl. The album was engineered and mixed by Gabe Johnston (Idle Hands) and mastered by Troy Glessner (Devin Townsend, Intervals), while the cover artwork was designed by Xenoyr of Australia’s Ne Obliviscaris. Visit smarturl.it/vintersea for additional streaming and webshop links.

VINTERSEA – whose riveting mix of prog, black, death and post-metal has earned comparisons to forward-thinking acts such as Agalloch and Enslaved – first made waves via their self-released 2017 debut, “The Gravity Of Fall.” Recorded by Justin Phelps (The Mars Volta, Joe Satriani) and mixed by Evan Sammons (Last Chance To Reason), the album was hailed by No Clean Singing as “dynamic and genre-bending.” The group earned additional praise for its dynamic live performances alongside artists such as Arkona, The Ocean and Sirenia.

More recently, VINTERSEA has supported Ne Obliviscaris, Jinjer, The Browning and Sumo Cyco. The group’s next live performance will take place at Dante’s in Portland on April 10. The band is also slated to play alongside Amaranthe on Sept. 13.