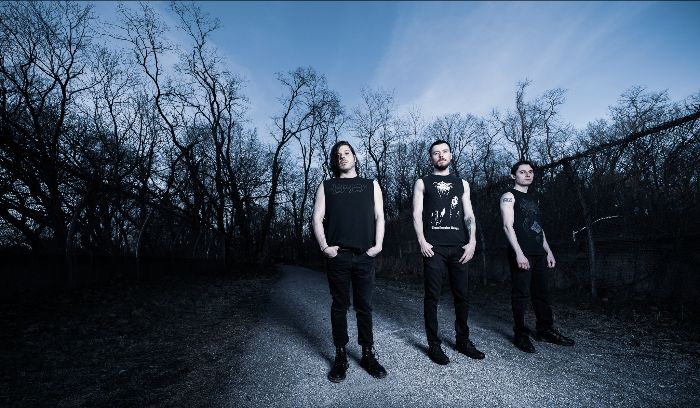 New York black metallers Viserion have premiered (via Distorted Sound) their new tune “The Wraith” which features a guest appearance from Trevor Strnad (The Black Dahlia Murder) — stream the track below.

“The song is a crushing onslaught of raw black metal made even more powerful by the addition of Strnad’s voice,” states a presser. ““The Wraith” is taken from Viserion’s upcoming album Natural Selection, which will be released on August 13.”

Speaking on the band, they add, “Viserion is composed of John Magnani (guitar), Benedetto Marvilli (bass and vocals) and Matt Marvilli (drums). Taking inspiration from black metal’s fertile and explosive early-to-mid-90s period, they play anguished and melancholic black metal that recalls the work of their forebears including Mayhem, Darkthrone and Behemoth.”