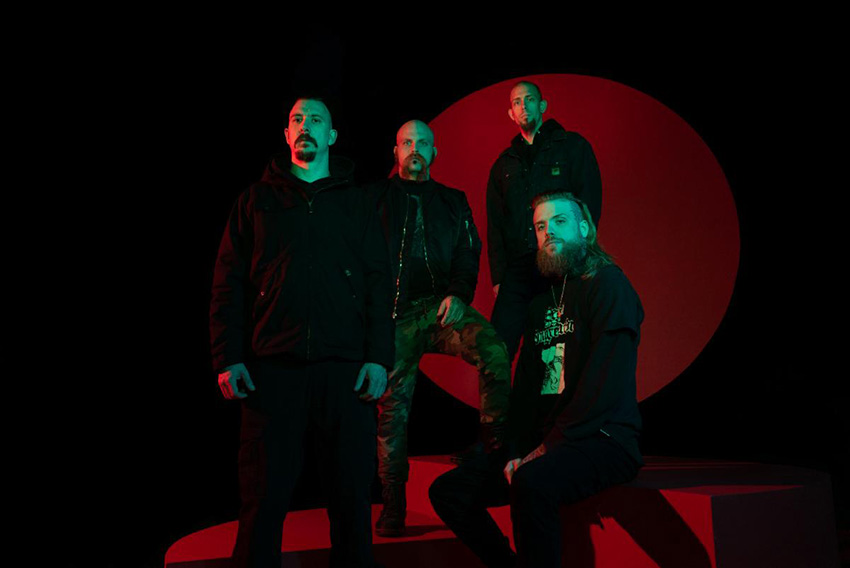 
“‘Hive Lungs’ is a song that really came to life when we began to perform it live. James (the director) did a wonderful job capturing the energy we had been experiencing during that song night after night on stage. It is important to us that we have an authentic connection with our music while we play, and we wanted this video to demonstrate that.

‘To Bathe From the Throat of Cowardice’, for all its intensity, has many different intentions for the listener. We are excited to explore those colors as we continue to support of the album,” states Vitriol vocalist and guitarist Kyle Rasmussen about the new music video.

Vitriol have also announced the vinyl pre-order of their debut album To Bathe From The Throat Of Cowardice today. The black vinyl with gold splatter is set for release on September 11th. Pre-orders are available HERE.

To Bathe From The Throat Of Cowardice was previously released this past Fall digitally and as a jewelcase via Century Media Records. Purchase and stream the album, which features utmost sincere and vicious music embodying a radicalness and personality rarely heard within the genre, HERE.

Fronted by the dual vocal assault given from guitarist Kyle Rasmussen and bassist Adam Roethlisberger, Vitriol proved to make a successful strike at the genre’s heart with their 2017 EP, Pain Will Define Their Death. Released via Italy’s Everlasting Spew, it already provided a shockingly intense glimpse at the whirlwind that is To Bathe from the Throat of Cowardice.