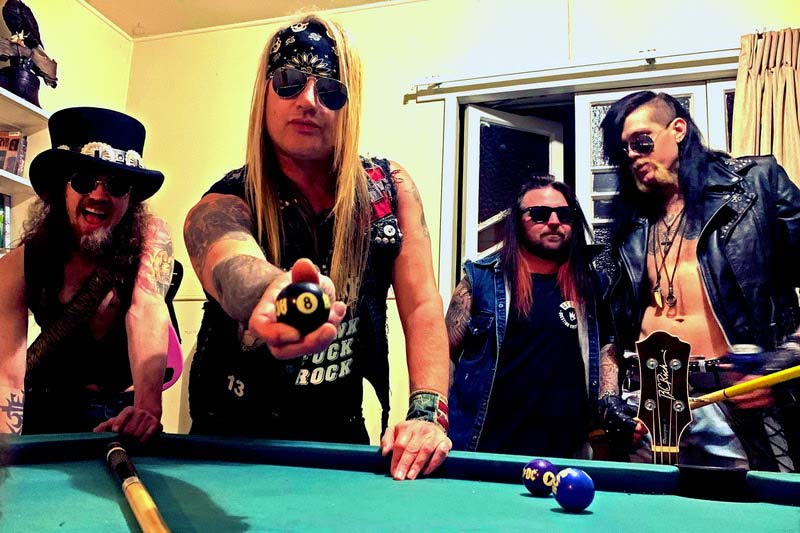 Joining the ranks at Sliptrick Records this week:

In the great tradition of Australian heavy rock that spawned AC/DC and Airbourne, comes the next big Aussie export in the form of Snake Bite Whisky from Brisbane in Queensland, who play a unique blend of 80’s inspired sleaze rock with elements of heavy metal, punk and outlaw country, likened to an explosive mix of Motorhead, Guns N’ Roses and The Backyard Babies. The band have performed in the United States, Mexico, New Zealand, Belgium, U.K and across Australia, building a reputation for being one of the most intense live bands on the circuit.

The group will be releasing their sophomore album through Sliptrick Records world wide in 2021. The as yet untitled album is the follow up to their critically acclaimed debut album, This Side Of Hell (Pavement Entertainment 2019).

Snake Bite Whisky are a sleaze rock band with a punk attitude. There is no compromise, no political correctness and no safe places here. A band that actually live the lifestyle they write about. For Snake Bite Whisky, it’s how rock n’ roll should be!