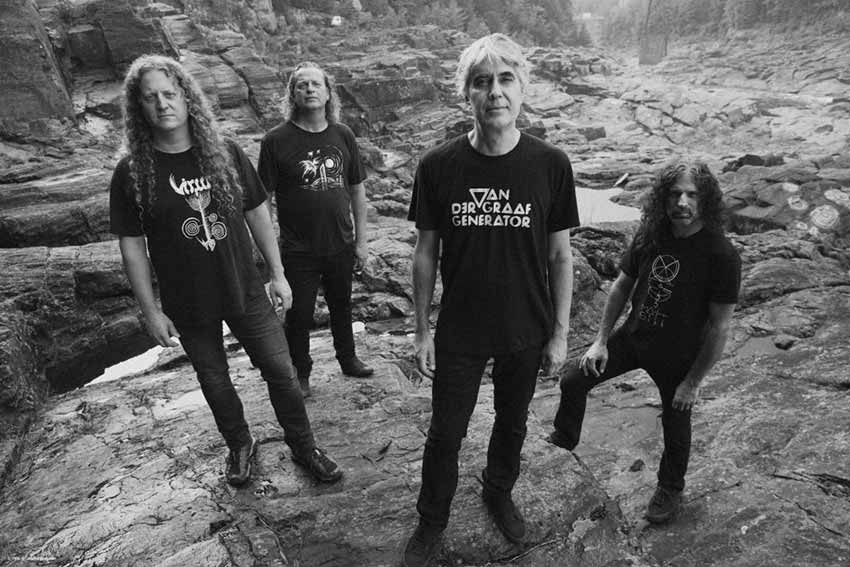 The trek announcement states, “Tour dates are in support of the band’s new album Synchro Anarchy which debuted at #2 on Billboard Canada’s Hard Music Albums chart, #6 Current Hard Albums in the USA, #7 on the UK’s Rock & Metal chart and charted #7 in Germany among other countries including Austria, Switzerland, Finland, Belgium, and The Netherlands.”

They add, “The tour will kick off in Trois Rivieres, Quebec on June 1st with 14 dates to follow and will wrap up on June 19th in Boston, MA. All ticket info and links can be found HERE. Synchro Anarchy is available to listen to and purchase HERE via Century Media Records.”

Voivod drummer Michel “Away” Langevin comments on the tour: “At last! After more than two years without touring, we are finally hitting the road in June 2022 in North America. We are thrilled to play the Decibel Magazine Metal & Beer Fest, It will also be exciting for us to play songs from Synchro Anarchy for the first time live! We can’t wait to see our old Voïvodian friends again and meet some new ones. See you then!” 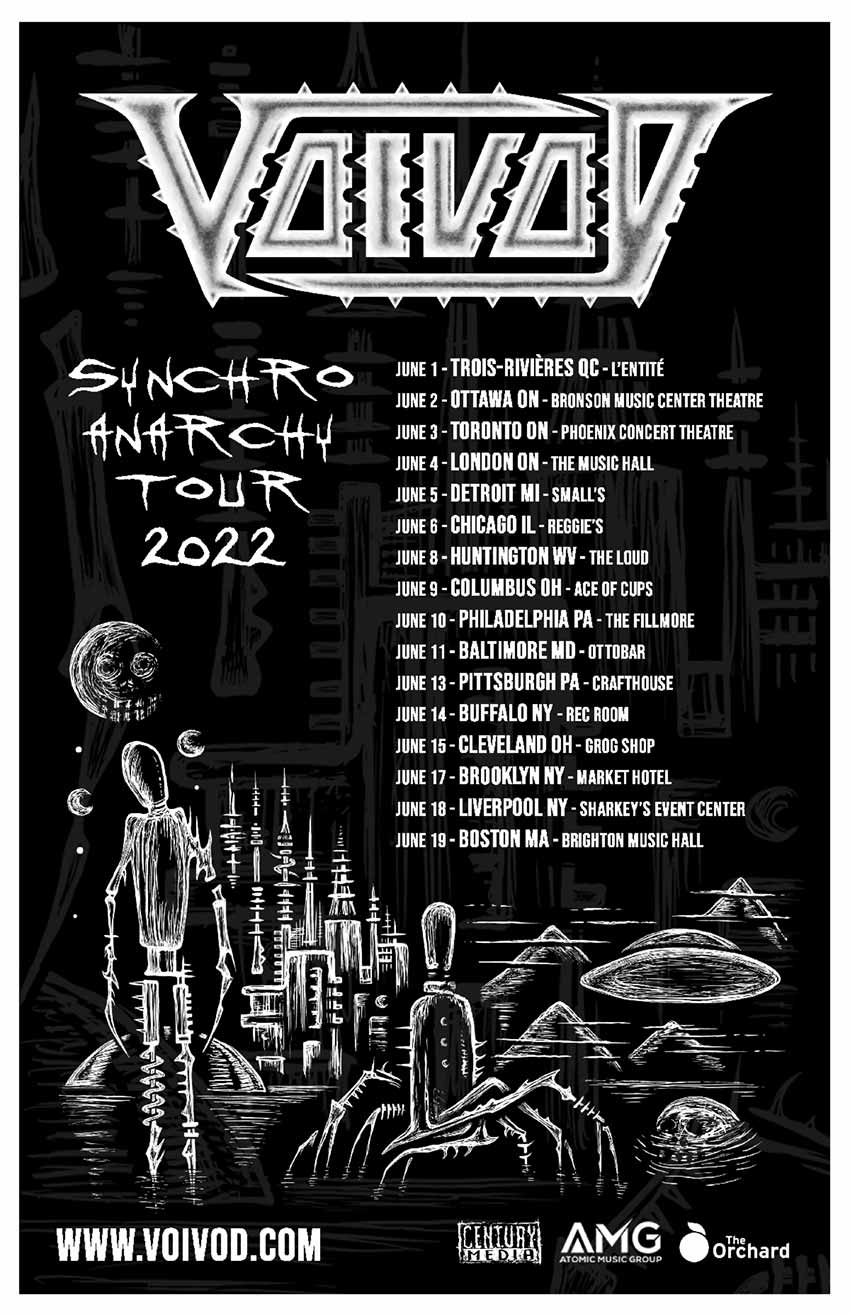 Also Check Out: Wallows announce 2nd U.S. leg of ‘Tell Me That It’s Over’ world tour