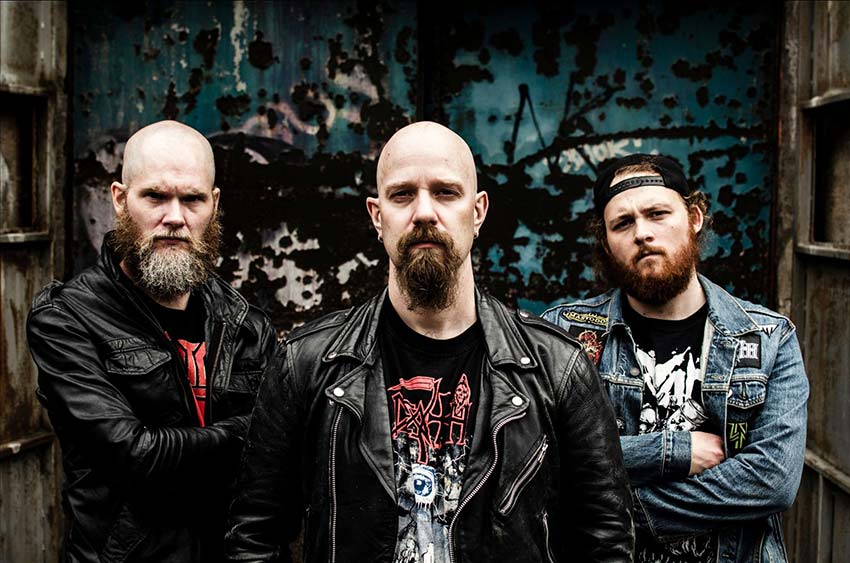 For over a decade, Warfect have brought their blackened thrash metal to the hordes. Now, four years after the release of their previous full-length, Scavengers, the Swedish thrash metal three-piece hailing from Uddevalla are even more forceful and have announced their furious new offering, Spectre of Devastation, out November 13. After recently signing with Napalm Records, Warfect are now taking the next step with their fourth album by unveiling a true thrash metal engine.

The Swedish artillery of Warfect strikes in the tradition of Kreator, Legion Of The Damned and old school American thrash metal and paves its way with driving blasts and smashing drums. Straight away, the first notes of “Pestilence” state clearly that this wrecking machine neither cares much about any compromises nor has it come to take prisoners! Riffs as sharp as a razorblade sweep through the ears, while the brutal vocals of frontman Fredrik Wester cuts further whip lashes.

WARFECT on ”Pestilence”:
“It truly feels fantastic to unleash the first single and music video for the track “Pestilence” which is themed around the horrors of The Plague. The video was shot and directed by Mikael Martinsson at a castle ruin in our hometown of Uddevalla this summer. It’s a fast thrashy song with a gripping mood setting chorus and a good representation of the album.”


Founded in 2003, Warfect is one of the most convincing yet underrated acts in the Swedish metal scene. Straight from the Gothenburg underground, the three-piece carries their full potential to the next level with their fourth studio album Spectre of Devastation!

Warfect states:
“We’re thrilled to unveil the details of our upcoming album Spectre of Devastation! The album was recorded earlier this year with our own Fredrik Wester at the helm and Flemming Rasmussen doing the mastering. The cover artwork was masterfully done by Andreas Marschall and sets the mood of the album on the spot.” 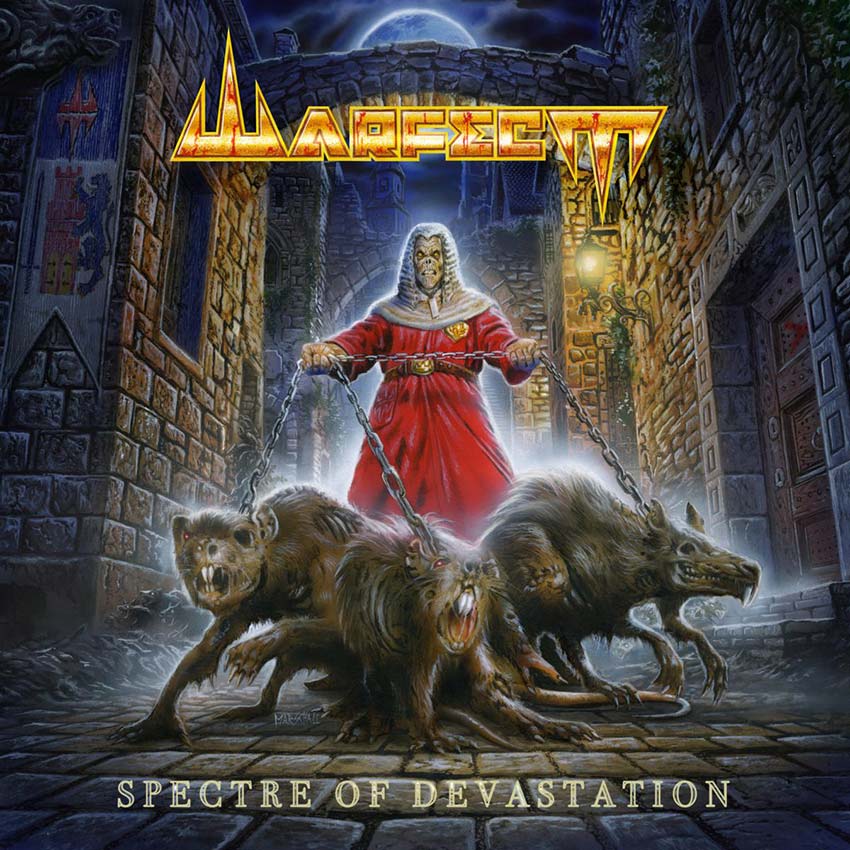 Warfect – Spectre of Devastation
The thrash metal powerhouse pushes itself through spheres of pure heaviness directly into your core! Songs like “Left To Rot” mix a blackened attitude into the thrash outfit, while “Into The Fray” leads back to the origins of the genre by implementing fast screaming guitar tunes. The exceptional cover artwork is illustrated by leading German cover artwork designer Andreas Marschall, known for his work for bands like King Diamond, Kreator, Sodom, Obituary and Blind Guardian, to just name a few.

The eight songs of Spectre of Devastation convince with on-point production and the great mastering skills of Grammy winning producer Flemming Rasmussen, who burst onto the scene by working on Rainbow’s Difficult To Cure and Metallica’s all time genre classics Ride The Lightning, Masters Of Puppets and …And Justice For All, before he won the Grammy for his work on the legendary song “One”.