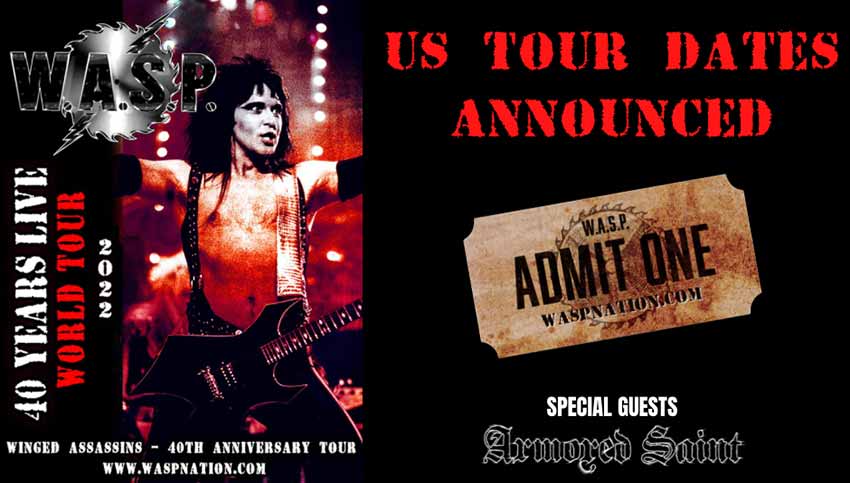 Los Angeles, California-based heavy metal/hard rock pros W.A.S.P. have announced 40th anniversary world tour dates in the U.S. for October, November and December. The trek will see support from L.A.’s Armored Saint (who are also celebrating their 40th anniversary) on all dates, plus the legendary Michael Schenker (ex-UFO, Michael Schenker Group) will appear on the Texas and Tulsa shows — all concerts are listed below.

A presser adds, “Joined by bassist Mike Duda, and Doug Blair whose time in the band is 26 and 18 years, along with drummer extraordinaire Aquiles Priester, they will take the band and the fans back to where it all started, complete with the stage show extravaganza that many fans never saw live.”

Comments Armored Saint vocalist John Bush, “ARMORED SAINT is totally pumped to be the special guest on the upcoming 40th anniversary tour of W.A.S.P. This tour will take us back to our fond memories of sharing the stage together with W.A.S.P. at the Troubadour in Hollywood where it all began in 1982. We’re also excited to be playing tunes from our last record, Punching The Sky, since we haven’t done any shows since its release in 2020. Old schoolers, I expect you there! New schoolers, we want you there! It’s gonna be a blast!” 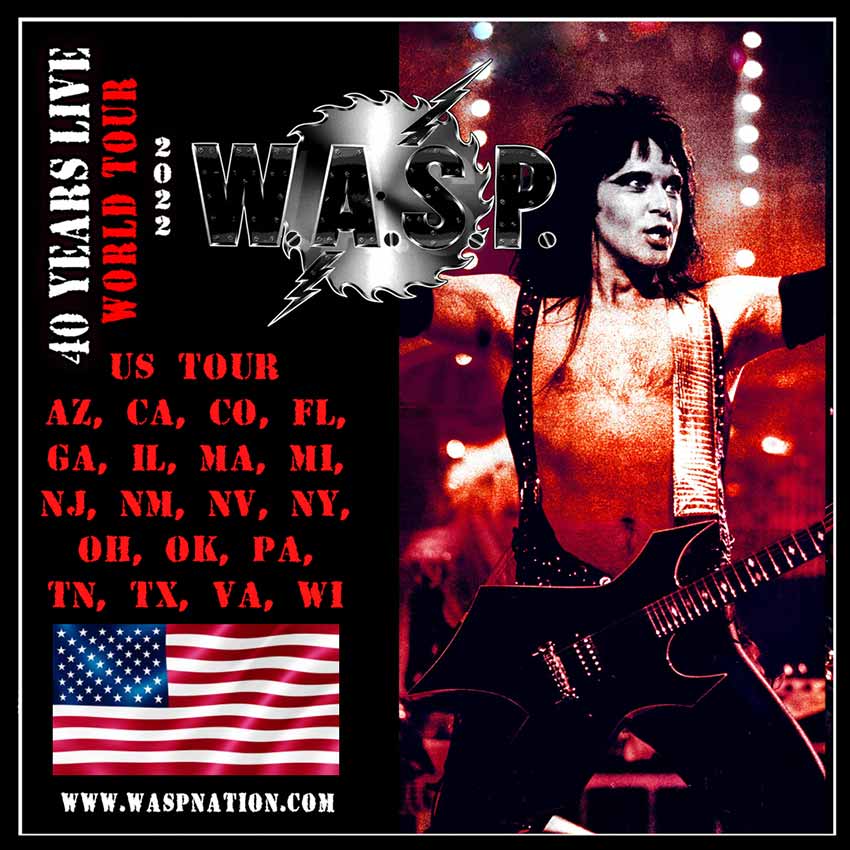