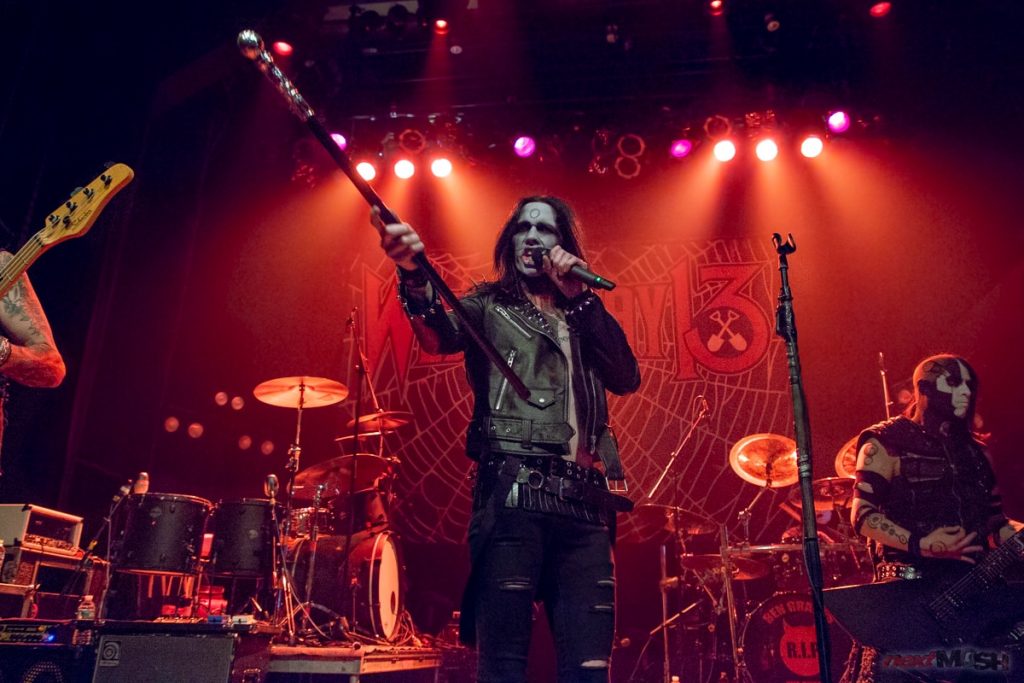 The Duke of Spook and his devilish ghouls, WEDNESDAY 13, will return to the road later this year for their headlining “NEAR DARK TOUR,” with special guests THE HAXANS, in support of their recently released album, “Neccrophaze,” that’s out now from Nuclear Blast. Ticket presales start today and general onsale takes place April 17th. Visit https://officialwednesday13.com/ for more information.

“After two years of doing support slots around the world, the Wednesday 13 “NEAR DARK” Headline Tour is finally here! We are SO excited to get back to our headline shows and deliver the most theatrical Wednesday 13 show you’ve ever seen. More spook, more puke, more bang for your fangs….see ya in the Graveyard at Midnight.” ~ Wednesday 13

WEDNESDAY 13 will be joined on the tour by LA based goth-pop duo THE HAXANS. whose sound is best described as the psycho-saccharine music of a fiendish creep’s fever dream…Classic art-house cinema, b-movie horror, spooky decadence, vintage American myth, and black roses dripping with blood all tossed into a cauldron, like so many ingredients from a well-worn book of spells. THE HAXANS are Ashley Costello, subcultural style icon and leader of Warped Tour screamo stars NEW YEARS DAY, and Matt Montgomery, better known by his alias Piggy D., bassist for over a decade with multi-platinum shock rocker ROB ZOMBIE, guitarist with WEDNESDAY 13, and sometime visual and musical collaborator with rock icon ALICE COOPER. This will be the band’s first ever tour. Tour opener will be DEAD GIRL’S ACADEMY.