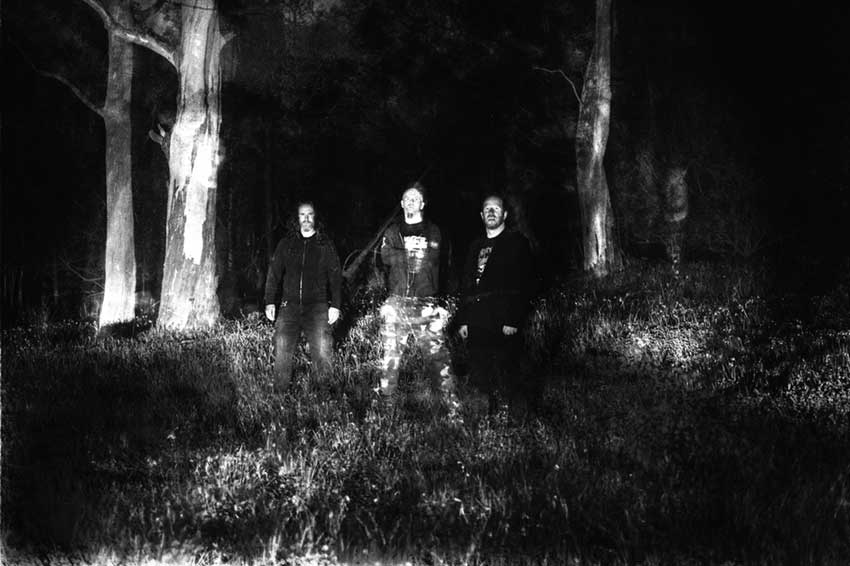 As Prosthetic Records prepares to release the debut album from WEREWOLVES this Friday, Metal Injection has premiered the record in full. A supergroup of sorts, who would no doubt argue that there’s rarely anything super about them, WEREWOLVES is Dave Haley (Psycroptic, Ruins, King), Matt Wilcock, and Sam Bean (both of The Bezerker, The Antichrist Imperium). Their first long player – titled The Dead Are Screaming – is set for release this Friday, April 24 and is available to pre-order now.

STREAM ‘The Dead Are Screaming’

Of the album release, the band comment:
“GODAMMIT, this is an album FOR OUR TIME. As your houses shield your bodies and the government shields your wages, our new album, THE DEAD ARE SCREAMING, shall shield your very souls. The world wants – no, the world NEEDS – this scorchingly fucked debut from WEREWOLVES.”
From concept to execution, the formation of WEREWOLVES was swift. Within two months of becoming a band, their debut record was written and recorded, and a deal was inked with Prosthetic. There’s a solid case for them being the true embodiment of heavy metal in 2020 – driven forward by blind hatred and blast beats alone. They described their intention to create music that was “blackened caveman death-metal without any pretension whatsoever. Like Marduk and Mortician smooshed together, then bashed over the head with phone books until they were blithering idiots.”

The crushing debut album from WEREWOLVES, The Dead Are Screaming, was mixed by Joe Haley (Psycroptic), with artwork by Mitchell Nolte. Nine tracks, one hundred megatons, zero mercy.