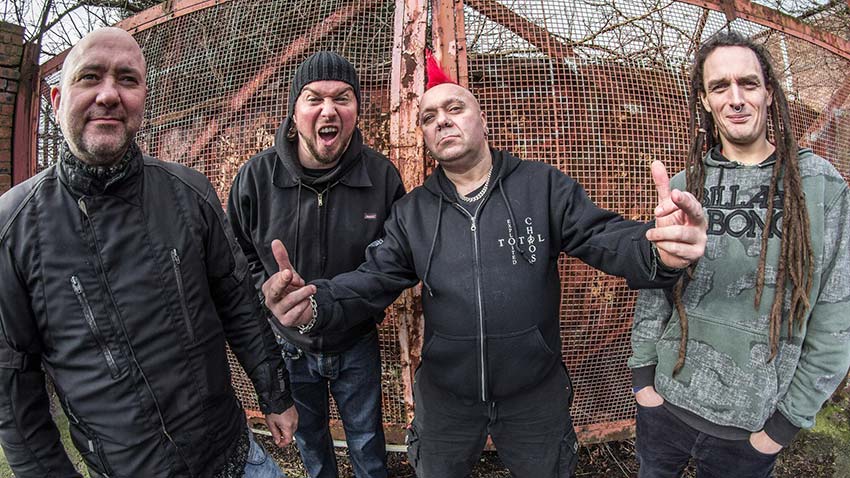 Last week, The Exploited drummer William “Wullie” Buchan (pictured far left in the above photo) suffered a heart attack, as revealed by his brother and the band’s singer Wattie Buchan. “Sending best wishes to Wullie Buchan, Our drummer and my brother who had a heart attack last night,” Wattie said on Friday, “now in hospital waiting to see what’s happening next with him.”

Today (March 15th), Wullie has reached out via social media to let fans know he is now out of the hospital. “Hi Guys Wullie the drummer here,” Wullie stated. “Just wanted to say a massive thanks for all the well wishes. I read them in hospital. It really kept me going. I had two stents put in my artery and go home today. Thanks again. Wullie🤘.”

As previously noted, in February 2014, Wattie suffered a heart attack on stage in Lisbon, Portugal while on tour with Hatebreed and Napalm Death, as reported by the Daily Record. Wattie eventually underwent successful heart surgery.

The Exploited formed in 1979 and have so far released eight full-length albums, with their latest being 2003’s ‘Fuck the System,’ along with countless of EPs, live albums, compilations and more.