Speaking on the run, Wristmeetrazor comment, “We’re thrilled to finally be able to get back on the road after 20 months of biding our time. A US tour with SeeYouSpaceCowboy seemed like the most fitting way to reward everyone who’s stuck with us through all of this forced downtime.”

Wristmeetrazor are touring in support of their new sophomore album titled ‘Replica of a Strange Love,’ which they unleashed this past June through Prosthetic Records. 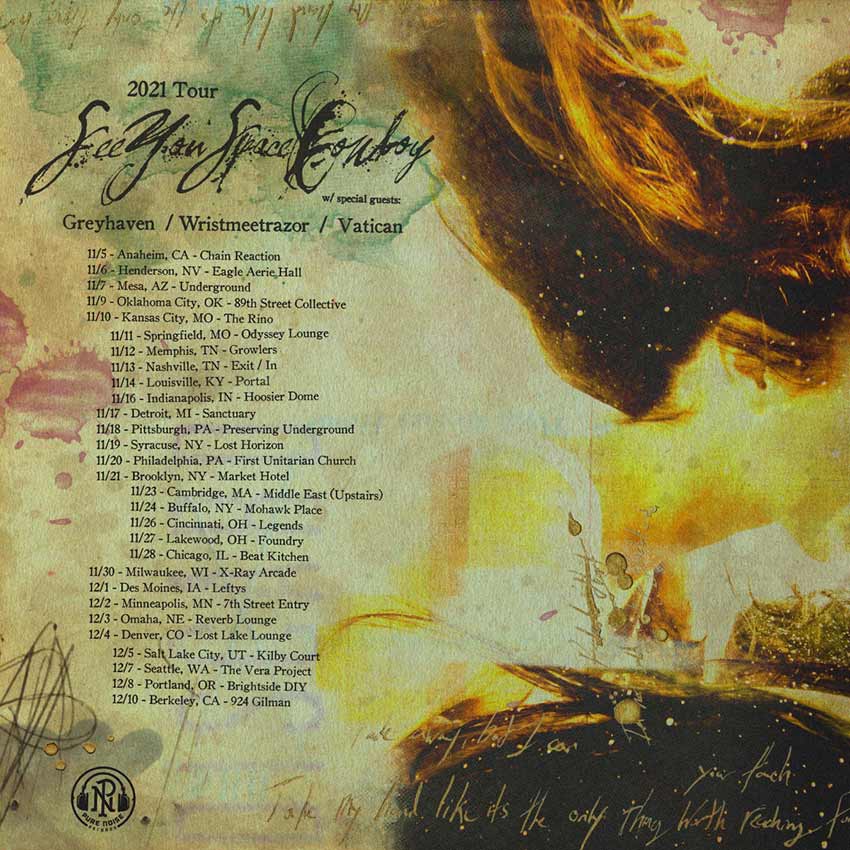