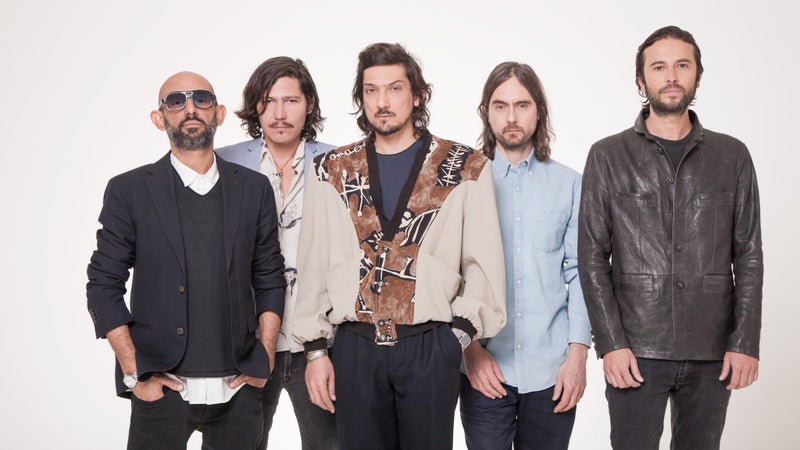 The iconic Mexican rock band Zoé have announced an extensive U.S. tour in support of its new album ‘Sonidos de Kármatica Resonancia.’ Produced by Live Nation (NYSE: LYV), the 26-date tour launches with two nights at the House of Blues – Chicago in late August and wraps up in Anaheim, CA in mid-October.

Pre-sale tickets will be available on Wednesday, April 21st at 10AM local time using the code SKR.

Tickets are on sale beginning Friday, April 23rd through www.ticketmaster.com and zoetheband.com.

When the band had finished touring behind their Grammy winning album ‘Aztlán‘ in 2019, lead singer León Larregui felt a sudden urge to return to the recording studio right away.

“I preferred taking advantage of the momentum we had built together and work on Zoé’s seventh album,” Larregui explains. “The idea was to cut the new tracks fairly quickly. We got to work and soon enough we had finished demos for eight songs. Then the pandemic hit, and the world turned upside down.”

The crisis hit the band members hard, putting their plans on hold. But there was a silver lining. Now complete after a turbulent creative process that lasted well over a year, the aptly titled ‘Sonidos de Karmática Resonancia’ may very well be Zoé’s most artful, mature and fully realized work to date.

“It was only a couple of weeks ago that [guitarist and co-founder] Sergio Acosta sequenced the songs and I got to hear the entire album as a whole,” Larregui explains. “For the first time, I got a clear vision of what we had achieved in these difficult times. I think it’s one of our best albums. You can definitely hear a more mature Zoé coming through.”

From the melancholy synth-pop of “SKR” and the melodramatic atmospherics of “Fiebre” to the anthemic chorus of “Velur,” Sonidos de Karmática Resonancia boasts the trademark elements that turned Zoé into million-selling rock stars throughout the Americas: angular melodies, propulsive beats and the kind of addictive hooks that inspire you to dance, or daydream – or both at the same time.

This time, however, the wide encompassing mixture of styles – neo-psychedelia, hints of vintage space-rock, bittersweet touches of new wave delight – blend more cohesively than ever before. Zoé’s knack for generating cinematic moods is anchored on a collection of breathtakingly beautiful melodies.

“You can hear in these new songs the grand total of my influences,” Acosta explains. “From the albums by Pink Floyd and The Cure that I treasured at 16, to the Turkish music and contemporary rock bands that I’ve been listening to during quarantine. There are also snippets of some trusted classics: Nina Simone, Donovan, Johnny Cash.”

“My songwriting process changed deeply in the past few years,” adds Larregui. “I used to rely heavily on the guitar. I would come up with a melody and use the strings as a means of landing the tune, turning it into something concrete. These days, I’ll be walking or eating at a restaurant and listen to a bit of an existing song. It can be anything – even a reggaetón jam playing on the radio. But it stays in my mind, and unconsciously begins to distort, transforming into something entirely different.”

Not only Zoé’s songwriting evolved, but also its creative methodology. For Sonidos de Karmática Resonancia , the band chose to collaborate with London-based American producer Craig Silvey – known for his work with Arcade Fire, The National and Arctic Monkeys – who had already produced a few tracks on Aztlán.

“Phil (Vinall) had become an unofficial member of the band and we never stopped learning from him,” admits Larregui. “We thought we were ready for the adventure of working with someone new. Craig brought a different attitude to the table – a new kind of vision. He opened up new doors. We responded by feeling secure, enjoying a new sense of freedom.”

Now, Zoé is planning a return to the stages of the world, boosted by the anticipation of presenting the new songs in a concert setting – the band in its purest element, surrounded by their devoted fans.

“I spent years dreaming of recording an album like this one,” says Acosta. “And you know what makes it so special? The beauty that it’s still the five of us – playing together after so many years.” 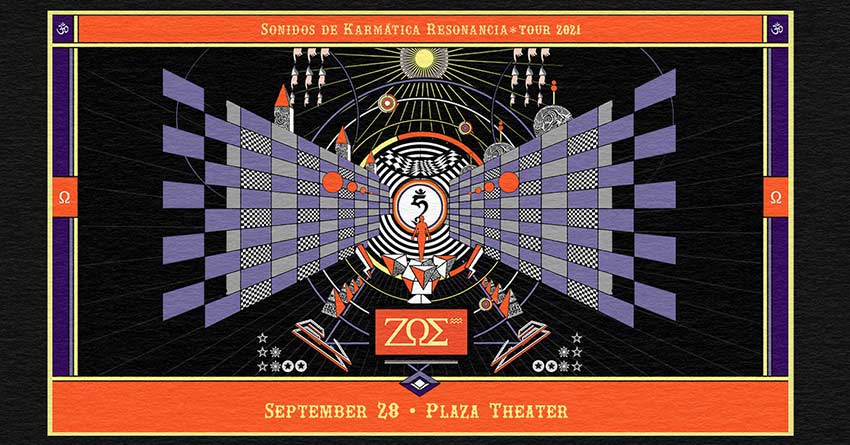