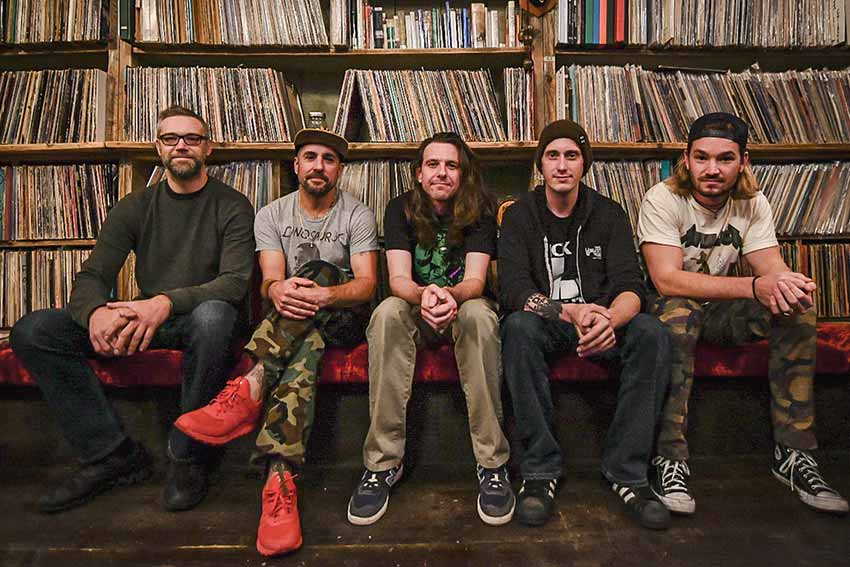 Share the post "A Wilhelm Scream drop first new song in nine years, “Be One To No One”"

New Bedford, Massachusetts-based melodic hardcore act A Wilhelm Scream have released their first song in nine years in the form of “Be One To No One,” which you can check out below in official lyric video form (directed by Alessandro Pulisci). The tune was recorded at the band’s Anchor End Studio in New Bedford, MA and was produced by guitarist/vocalist Trevor Reilly and James Whitten.

“This song, like most journeys, can’t be fully appreciated until you’ve come to the end,” vocalist Nuno Pereira says. “Only then do you truly get a chance to unpack all of the ups and downs you’ve survived along the way. Enjoy the ride my friends, thrive and never give up.”

Here’s more info from a presser, “How does one gauge the success of a band pushing the envelope of a genre that receives little to no credit by the mainstream media? In the case of A Wilhelm Scream, the answer is “Who cares?” As a band playing punk rock for over a decade, members Trevor Reilly, Nuno Pereira, Nick Angelini, Brian Robinson and Jason Milbank haven’t focused on success or image — it’s the ideal of music coming from an honest place that they strive to be their lasting legacy. Despite operating just below the radar, A Wilhelm Scream have carved out a reputation as one of the best live bands around, bolstered by their staggeringly rich albums of ultra-technical melodic punk rock firestorms. Playing 250+ worldwide shows each year, the band possesses a work ethic that can only be described as “heroic.””