Earlier this year, Abysmal Dawn was featured on the cover of Issue #52 of New Noise Magazine, which was released in April 2020! Along with an in-depth interview with mainman Charles Elliott, the issue included an exclusive flexi disc of the band’s brand new cover of Candlemass’ “Bewitched.” The song is now available for streaming and download via all digital services at THIS LOCATION [embedded below].

In addition, drummer James Coppolino of Los Angeles recently teamed up with Sick Drummer magazine to share the drum play-through for the song “The Path of the Totalitarian.” The song is taken from the band’s 2020 release, ‘Phylogenesis.’ Watch the video at THIS LOCATION.

The band is supporting their new release, ‘Phylogenesis,’ which is out NOW and can be ordered and streamed HERE. 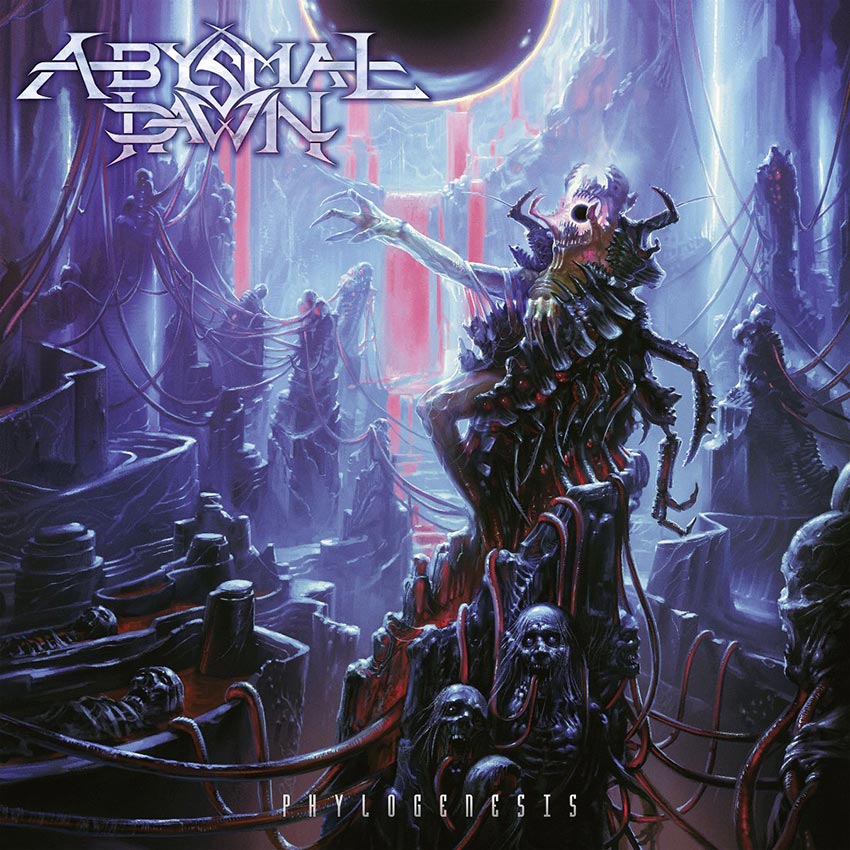 Track-list:
1. Mundane Existence
2. The Path of The Totalitarian
3. Hedonistic
4. A Speck in The Fabric of Eternity
5. Coerced Evolution
6. True to The Blind
7. Soul-Sick Nation
8. The Lament Configuration
9. Flattening of Emotions (DEATH cover)