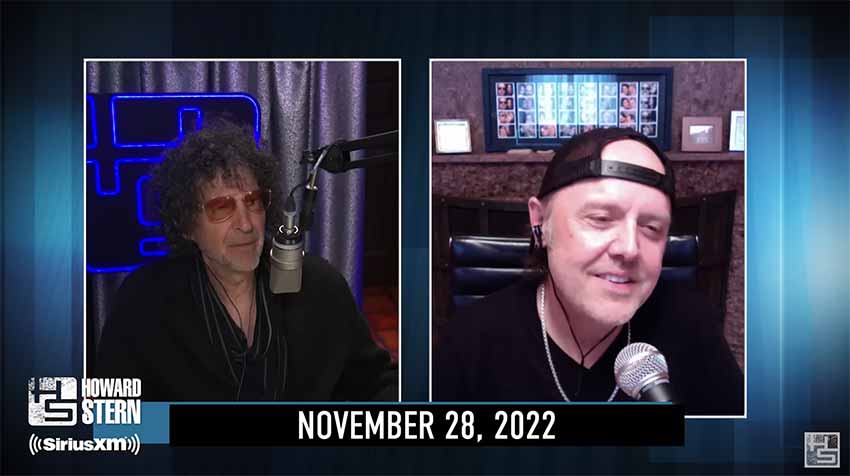 “This morning, I want to share a new song with the world and tell everybody about the new Metallica album,” Lars said, explaining he was happy to break the news on SiriusXM’s The Howard Stern Show because of how supportive Howard and co-host Robin Quivers had been over the years. “We have a new tour, a new song, we have a new video … all the bells and whistles,” he continued.

Metallica will release “72 Seasons”— a 12-track effort with “over 77 minutes of music” — on April 14. The band will promote the album with the M72 World Tour, a two-year-long excursion which sees them playing two nights in every city they pass through. “We’re playing two completely different shows, so you buy one ticket for two shows – a Friday and a Sunday – and you get what’s called a ‘No Repeat Weekend,’” Lars explained. “You get two 100-percent completely different and unique shows with no songs repeated.”

“If you’ve never seen Metallica in concert, then you haven’t lived. I’m telling you, it is one mind-blowing show,” Howard told listeners.

After previewing the tour, Lars debuted “Lux Æterna.” “There are like 10 people who have heard this song ever,” he said while Howard played the fast-paced three-and-a-half-minute track for his listeners, adding, “That sounded so great to share with you guys.”

Ulrich even opened up about why Metallica lent their iconic 1986 song “Master of Puppets” to a climactic scene on “Stranger Things.” “It used to be, with Metallica, we were always the ‘no’ guys,” he said, explaining the band was picky about music licensing for years before just recently changing their tune. “We did a one-eighty. We just said, ‘You know what? This is stupid. Why are we hanging onto these [songs] like they’re so important, like they’re the crown jewels? … Let’s share our music with the world.’”

“It was such a mindfuck to see how that became a phenomenon … It was totally unexpected,” Ulrich told Howard. “Who would’ve thought 40 years later that these songs could still have that impact? … We were psyched to be part of it.”

The Howard Stern Show, which airs on SiriusXM channel Howard 100, is broadcast live Mondays through Wednesdays starting at 7:00 am ET. The full show is also available on the SiriusXM app.

Lars Ulrich on How Metallica’s Collaboration With “Strangers Things” Came to Be: