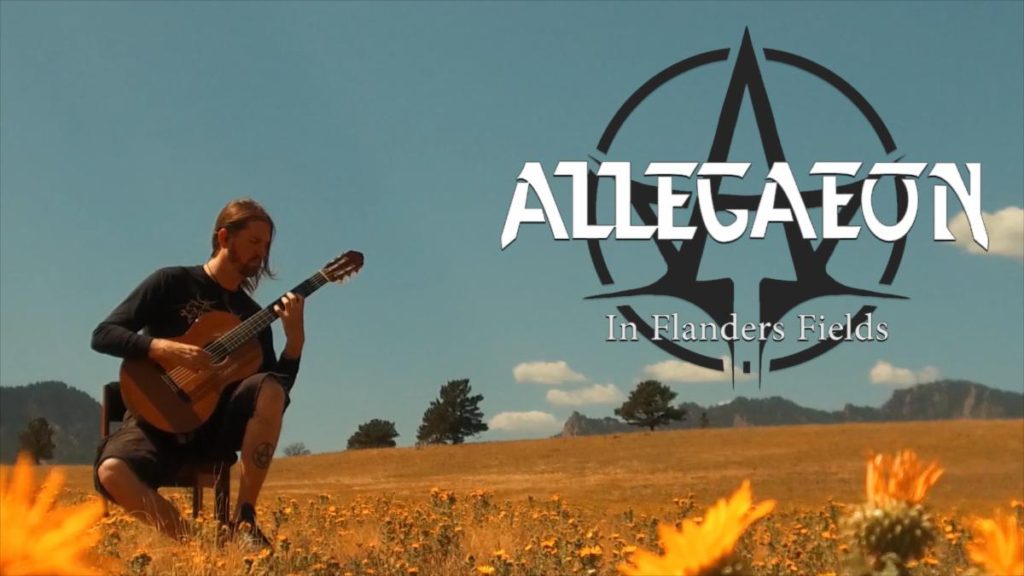 The past December, Allegaeon released a new digital single, Concerto in Dm – featuring the title track and B-side “In Flanders Fields”. Now, the band has launched an acoustic video for “In Flanders Fields” (shot by Matthew Zinke), which can be viewed below.

Greg Burgess (guitars) comments: “In 1915, Canadian poet and military doctor Major John McCrae lost one of his best friends to a German artillery shell, during the second battle of Ypres. Inspired by grief, McCrae began the first draft of ‘In Flanders Fields’. Three years afterwards, the poem had such an impact, people started honoring soldiers by wearing poppies on their lapels.

Being from the US, I was unaware of this poem and tradition, until we were on tour in Canada with NeObliviscaris in 2018. After being stranded by an ice storm in Ottawa, I was introduced to this poem and it struck a chord with me – inevitably this piece of the same name followed. As for the video – do we really need another classical video set in a beautiful place, having the performer with eyes closed perform? Probably not. Do we need a video where we have the juxtaposition of a classical guitarist in a beautiful place, while repping tech death? Survey says…why not!”

Additionally, a play-through and documentary for Concerto in Dm can also be viewed at: https://youtu.be/_EtcIrkG8FA