“The streaming event will feature the broadcast of the band’s documentary film – The Pursuit of Vikings: 25 years In The Eye Of The Storm followed by the broadcast of their full, main stage headline set from Summer Breeze Festival, 2017,” says today’s announcement. “To make the event event more metal, the band will be joining fans in the comments section to live chat throughout the broadcast.”

‘The Pursuit of Vikings: 25 Years in the Eye of the Storm’ features live concerts, behind-the-scenes footage and interviews with Amon Amarth. “It highlights the quintet’s history and the fans who followed them over the years,” the announcement continues to say. “Amon Amarth performed two different shows at the Summer Breeze Festival in Germany in 2017. The band did an earlier set focusing on older material and later, a headlining concert on the main stage with full production, including a giant sea serpent and a lot of fire.”

Guitarist Olavi Mikkonen explains further: “For the first night, we wanted to write a set list that the fans would enjoy by wholly diving into our back catalog but also keeping it interesting. Putting the two shows together also made us realize that we have a lot of songs to chose from.”

Check out a trailer for ‘The Pursuit of Vikings’ below. 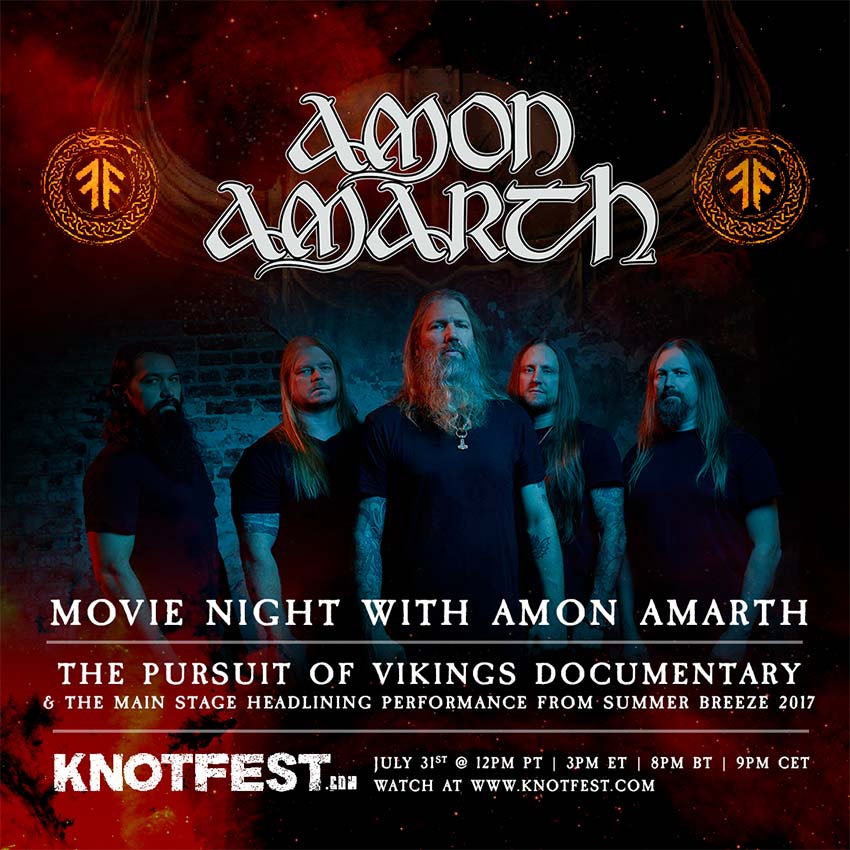