Performing most of the songs from their recent full-length album, ‘Alphaville,’ as well as older material from previous records, Imperial Triumphant delivered an unprecedented live performance right in the center of their musical homeland New York. The album will be available exclusively on 180-gram black vinyl and on all digital platforms. Pre-order ‘An Evening With Imperial Triumphant,’ HERE.

“We’re happy to present this live work to our fans as the band continues to push forth through the ages,” states Imperial Triumphant.

‘An Evening With Imperial Triumphant’ tracklist:
Side A
Rotted Futures
Atomic Age
Chernobyl Blues
_____
Side B
Transmission To Mercury
Swarming Opulence
Cosmopolis 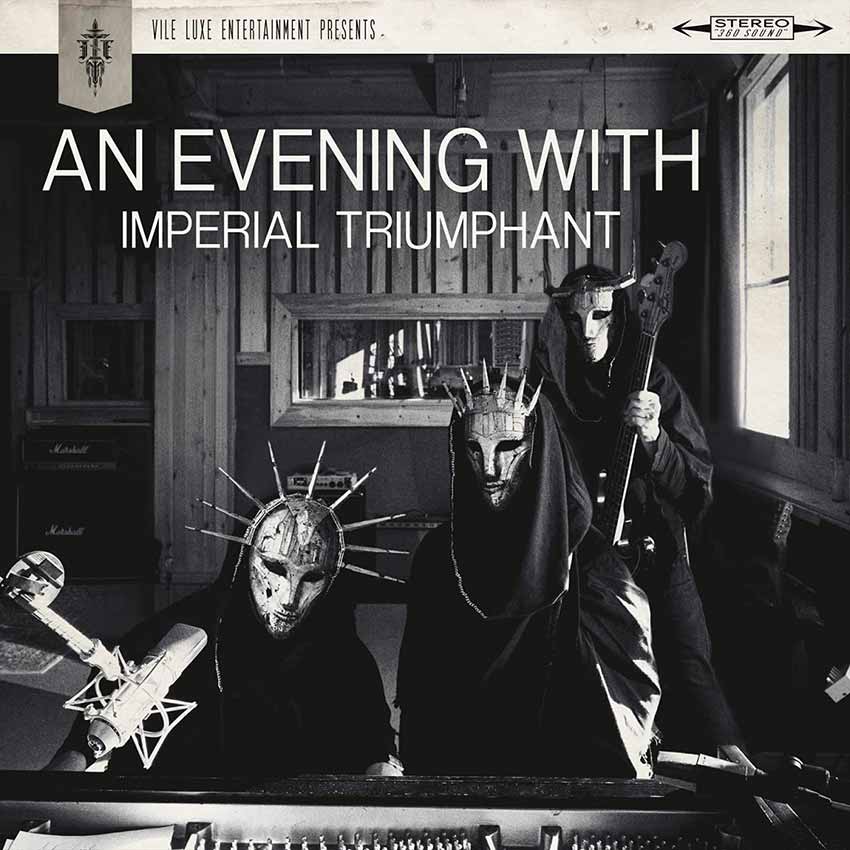 Imperial Triumphant are gearing up to hit the road this Fall for their U.S. headline tour. The band will be joined by Pyrrhon starting October 15th in Boston and wrapping on November 1st in Brooklyn. Check out their tour dates and purchase tickets, HERE.