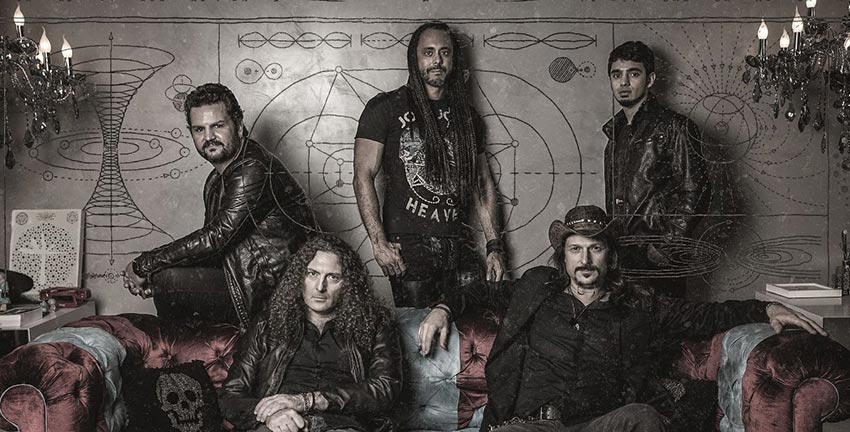 One of the most successful national bands abroad, Angra, is preparing to release the live video clip of the track “Black Widow´s Web”, where Sandy once again showed his metal version by joining the group for the recording. After many requests from fans, the video clip will be released on November 28, Saturday, during the interactive live that the band will perform at 19h on Youtube and Instagram, where they will also tell news for 2021.

The presentation was filmed in July 2018, for what would be the quintet’s new DVD, which featured the new album ‘Ømni’ played in its entirety. For technical reasons, the band chose to transform this project into another product, which will not be exactly a DVD, but a set of live video clips.

Check out the official teaser released on Angra’s social media: https://fb.watch/1XWOO-BRCm/ [embedded below].

Sandy’s participation during the show took place in the songs “Heroes Of Sand” and “Black Widow´s Web” and at the end of the video for “Black Widow´s Web” it will be possible to notice that the audience present cheered the singer, showing how she was very well received by fans, surprisingly and proving that Angra made the right choice when choosing her for the partnership.The show also featured the Lima Family, led by Lucas Lima, the singer’s husband, who accompanied the band in “Magic Mirror” and “New Era”.

Black Widow’s Web “is part of the album ‘Ømni’, by Angra, and also includes the participation of Alissa White-Gluz, singer of Arch Enemy. The video released has heavy metal references and brings the singer Sandy” trevosa “, with clothes black and in scenes that refer to the darkness, she gives life to a villain, the “Black Widow”, and appears lying in a bathtub with blood marks.

Currently formed by Fabio Lione (vocals), Rafael Bittencourt (guitar), Marcelo Barbosa (guitar), Felipe Andreoli (bass) and Bruno Valverde (drums), the group is excited about the success of this work and the release of the video clip. Angra toured the album “ØMNI” all over the planet, with more than 180 dates. “ØMNI” has been acclaimed by the public and critics, which has resulted in several experiences and projects for the band, which will soon announce news of this new phase.