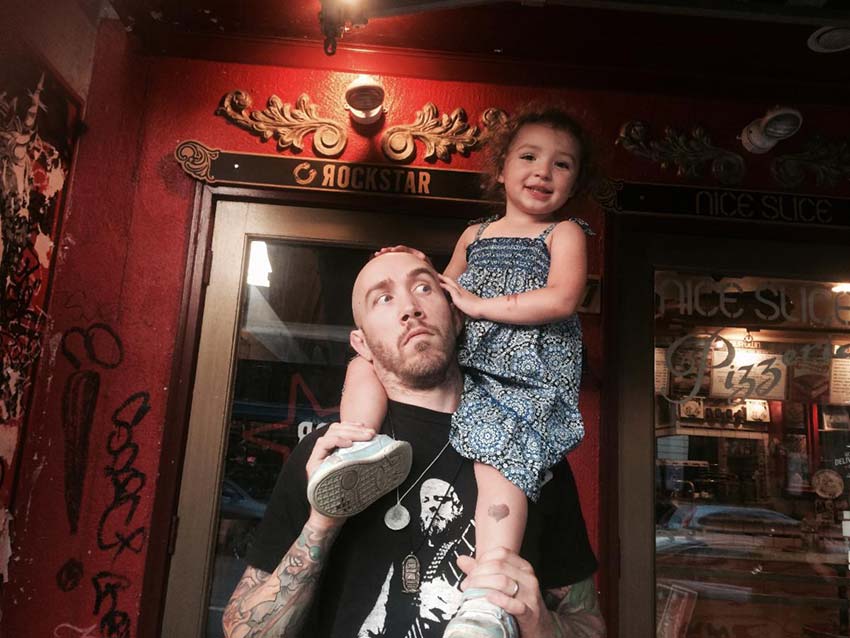 Father/daughter grindcore duo Animal Schoolbus have released the official music video for “I Can Do One-Handed Cartwheels.” The song comes off their forthcoming album, ‘Going to Grammy’s House 2021.’

Stream the video now at:


‘Going to Grammy’s House 2021’ is a 20-track grindfest features the surprisingly brutal vocals of 9-year-old screamer Princess Beast. The album consists of 14 songs recorded in 2014, when Princess Beast was two-years-old, three recorded in 2020, and three live tracks from the 2019 Rise and Grind Fest.

Lawnmowerjetpack Records will release ‘Going to Grammy’s House 2021’ on April 30. Pre-order the album at this location.

Music on ‘Going to Grammy’s House 2021’ was written and recorded by multi-instrumentalist Charlie Sad-Eyes (Crawl Below), with vocals and lyrics by Princess Beast. The album was mixed by Dave Kaminsky at Studio Wormwood and mastered by Ryan Williams at Augmented Audio.

Animal Schoolbus started in 2013 when Princess Beast was two, in order to vent her frustrations at 7:00 pm bedtimes, getting yelled at for climbing trees, and not being able to eat popsicles for dinner. In 2020, Princess Beast now 9, three new songs were added as well as three live tracks from Rise & Grind Fest 2019.

Animal Schoolbus is:
Princess Beast – vocals
Charlie Sad-Eyes – everything else