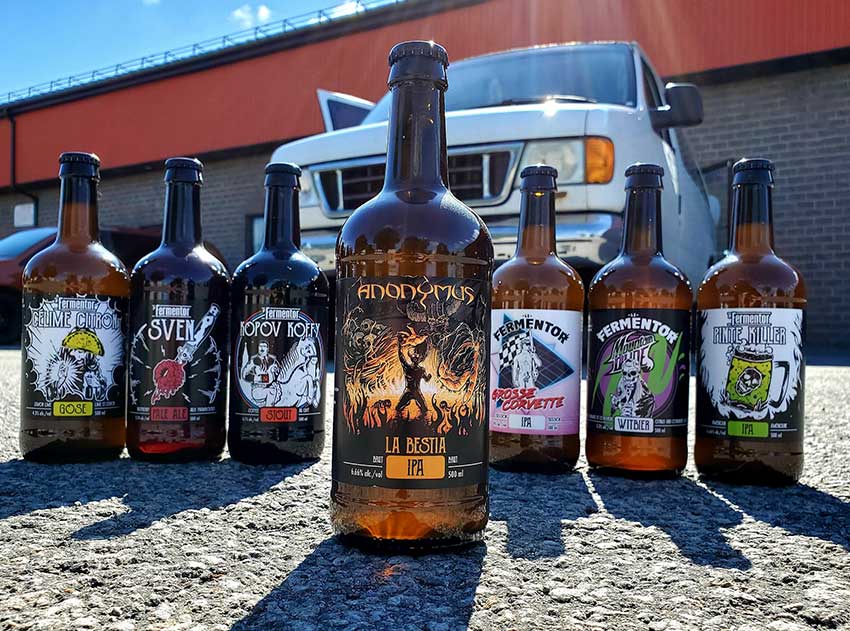 Canadian thrashers Anonymus have launched a new IPA beer named ‘La Bestia,’ in honor of their new studio album of the same name.

Best known for his shredding skills as guitarist and producer for his band Anonymus, Jef Fortin is proud to demonstrate his other passion… brewing beer!

In 2017, partnering with Reanimator growler Patrick Martin (which Fortin has produced their 2015 album ‘Horns Up’ along with their upcoming 2020 full length), the two joined forces to open La Microbrasserie Le Fermentor in L’Assomption, QC. Located 40 km east of Montreal, beers crafted at Le Fermentor have been receiving great praise from local connaisseurs. With the demand from their thirsty clientele, the operators of Le Fermentor have expanded to bottle their collection of beers. These beers are distributed in the province of Quebec for the time being, but the duo of Fortin and Martin are ambitious to expand and look forward to what the future may hold.

The Anonymus limited-edition beer “La Bestia” is a 6.66 alc/vol dry IPA, which was dry-hopped with Simcoe, Amarillo, and Mosaic hops. Those American hops bring out the citrus, pine, and tropical fruit aromas. Poured into a glass, it reveals a yellow liquid with a nice white head that is very easy to drink.

You can pick up Anonymus’ new brew at this location. In addition, there will be a special “Mercre-death” beer launch party hosted by the band on July 22nd at Microbrasserie Le Fermentor (located at 355 Boulevard de l’Ange-Gardien, L’Assomption). Said event will begin at 7 pm local time. Full event details can be found HERE. 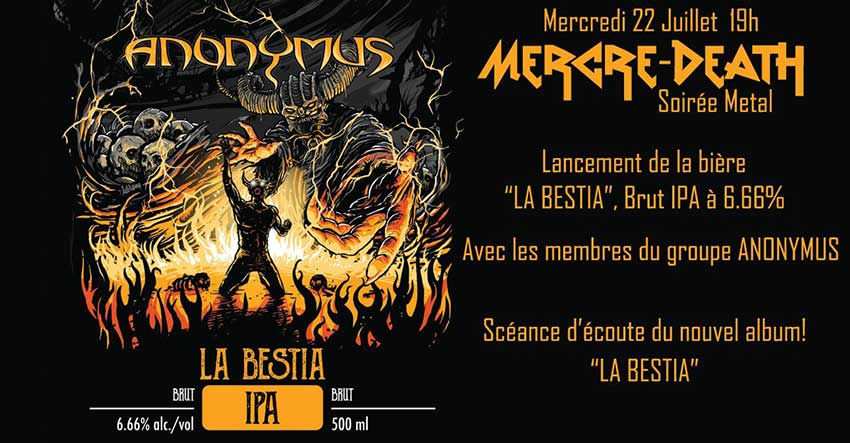