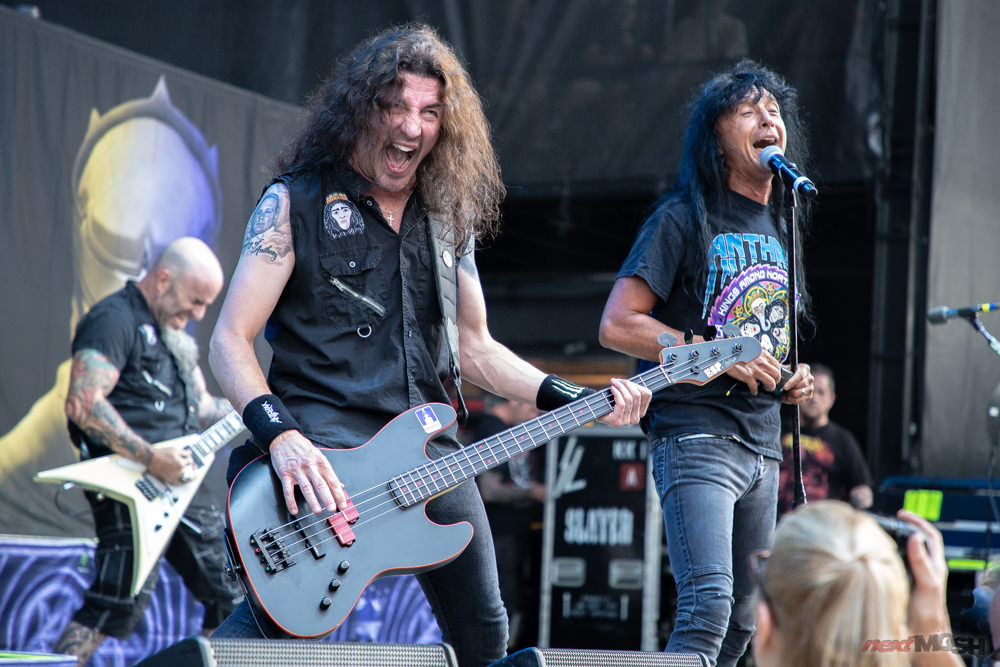 A presser states, “Kicking off on September 27, 2022 in Birmingham, England, the band will play 27 dates in 15 countries, wrapping up in Zurich, Switzerland on November 5. Crossover thrash band Municipal Waste will support on all dates. Tickets go on sale this Friday, August 20 at 10AM BST, 11AM CET; go to www.anthrax.com for all purchasing information.” They add, “On this tour, fans can expect Anthrax – Joey Belladonna/vocals, Scott Ian/rhythm guitar, Frank Bello/bass, Charlie Benante/drums, and Jon Donais/guitar – to draw from all four decades – fan favorite and deep cuts – for their nightly setlist.”

“It sure has been a long time since we rock’n’rolled in the UK and Europe,” comments Benante, “but we’re coming back soon to bring the noise to all of you guys. Being that we can’t get over there until 2022, we’re going to make sure that every show will be an eventful one. We won’t just be playing four decades of songs to celebrate our ongoing 40th anniversary – hey, we’ll be giving YOU some history! – but we just might have some brand new ones for you as well. Can’t wait to see all your happy, smiling faces!!!”

“There’s just something special about Europe,” says Belladonna. “Our fans there have always had a full-fledged excitement about our shows, and I enjoy performing more than anyone can imagine, so we’re really looking forward to this tour.” 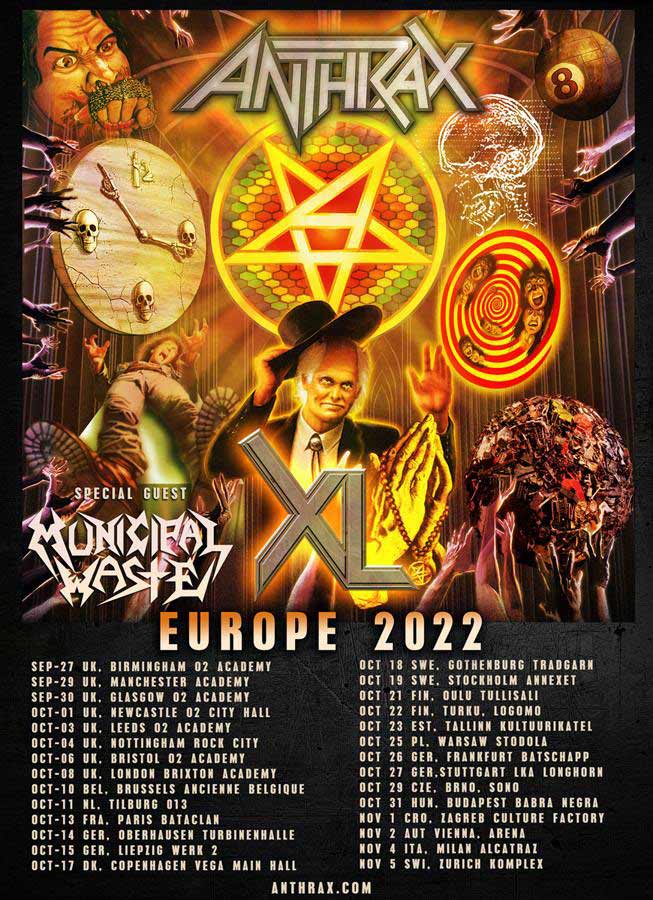