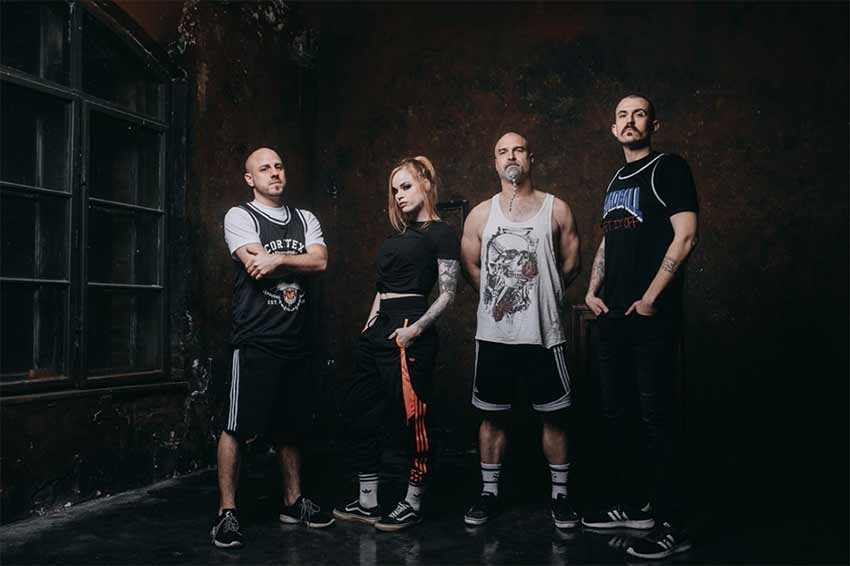 The Hellfreaks on the signing:
“We’re thrilled and proud that we can reveal one of the biggest news in our history – our signing to Napalm Records! The last decade was a hell of a ride for us and especially the pandemic right after our latest album release hit us pretty hard. Who’d have thought that this could turn into such a happy end? But you can be sure that this is not the end, this is just the START! We can’t imagine a better partner of supporting our vision of music, of mixing metal aggression with the attitude of punk ✊
We always stood for strength and were the voice for those who are done with collecting more scars, but now we’re stoked on a whole new level and are ready to make all our freaks and our new label proud!”

With a stellar discography and millions of streams, The Hellfreaks have been on the insider tip for many fans around the globe. The band recorded their first demo in 2009, followed by the massive psychobilly-punk hit “Boogie Man” (the video has over six million streams on YouTube) and their debut album, Hell Sweet Hell. In 2014, it was time for change, and the band switched up its lineup, leaving their accustomed sound behind them for good. With more of a focus on punk-meets-metal, The Hellfreaks continued to hone their songwriting chops and grow their fanbase at the same time, culminating in the release of their critically acclaimed, fan favorite album, ‘God On The Run’ (2020).

And The Hellfreaks wouldn’t be themselves if they weren’t equally hungry for more – immediately releasing a brand new single/video to announce the signing. “Old Tomorrows” is the perfect introduction with singer Shakey Sue’s trademark catchy sing-along-screams and cleans with the band’s high paced alt metal groove as the backbone, and is destined to become a punk rock anthem for new and longtime fans alike.

The Hellfreaks on the new single:
“With “Old Tomorrows” we would like to welcome you in our new era! If “Old Tomorrows” would get manifested, you would face an ageless architect who is planning an indestructible bridge between generations. Most of us grew up being told to respect our elders in any case. The box was ticked. But it’s just not working like that. As the world is changing quickly the gap between all generations is constantly growing. While elders are expecting respect for their experiences, youngsters feel unvalued, as their potential seems to be ignored. We’re pointing out each other’s differences, while not seeing that the disrespect comes from the same root – we’re not doing things the same way. It’s time to accept that we’re not better than the other, but that we can get a better version of ourselves if we open our minds. “Young mistakers, old days chasers, let’s become generation breakers!””

Also Check Out: Goat Torment sign to Season of Mist