Just ahead of the Thanksgiving holiday, Z2 gives music fans something to celebrate with news of one of the publisher’s most ambitious projects yet. The Among the Living graphic novel pulls together a who’s who of names from around comics and music for a track by track storyline inspired by one of heavy metal’s most iconic albums. Today’s announcement brings news that Anthrax has teamed with the leading publisher of music tie-in graphic novels to assemble an all-star cast of famous fans to bring the band’s breakthrough album to the printed page for the first time.

“Doing a comic book has always been a huge goal for me” said Anthrax’s Charlie Benante. “I’ve tried for years, but something always comes up and sidetracks me. I was ecstatic when Josh Bernstein brought the idea to us to do a graphic novel based on our album Among the Living. I felt that it was the perfect time and opportunity to fulfill that dream. I am a lifelong artist and have been drawing during the pandemic more than ever, so I had the idea to bring my own artwork to this project. As a fan of the Judge Dredd series since the 80’s, it was an honor to create cover art based off of Dredd and Judge Death. The amount of talent that is going into this project is astounding, I scratch my head just thinking about it!”

“Comics are one of the two things (the other thing being Horror) that I’ve been into longer than music” said the band’s Scott Ian. Comics were/are my constant. Music joined the party and became my constant as well. I started a band. I wrote lyrics about comics and horror and they connected with people all over the world. And now for the 40th (40!!!) anniversary of Anthrax, I get to cross the streams and merge my constants with a graphic novel (comic) celebrating the album that made such a mark on the planet – ‘Among the Living.’ Getting to be a part of this process – choosing writers and artists to express what these songs mean to them – has been incredible. I made a wish list of writers/artists/musicians that I would love to be a part of this, not really thinking we’d get them. I was aiming high, the list had Grant Morrison’s name at the top – and Grant said yes. Brian Azzarello said yes. Eric Powell, J.G. Jones, Greg Nicotero, Corey Taylor, Rob Zombie, Brian Posehn, Rick Remender, Joe Trohman, Gerard & Mikey Way – they all said yes. Holy crap!”

An anthology narrated by longtime mascot “The Not Man,” newly designed by Greg Nicotero (The Walking Dead), Among the Living unites Benante and Ian with writers Brian Azzarello, Grant Morrison, Jimmy Palmiotti, Brian Posehn, Rick Remender, Corey Taylor, Joseph Trohman, Gerard and Mikey Way, and Rob Zombie, with more to be announced. Artists include Roland Boschi, Maan House, Dave Johnson, Scott Koblish, Darrick Robertson, and Erik Rodriguez, and more, with covers by Benante, JG Jones, and Eric Powell. Band members Benante and Ian will collaborate on an original story inspired by the fan favorite anthem “I Am the Law,” featuring the legendary comic book antihero Judge Dredd, in partnership with 2000 AD. This will make official the decades long connection between the character and the band, rewarding comic book fans and metalheads alike.

Ian concludes, “I pitched a Judge Dredd story for ‘I Am The Law’ that I’d been thinking about for a while. It was an idea I actually talked to Grant about one night after an Anthrax show in Glasgow over a few drinks. This idea has stayed with me, I’d never written it down, it was one of those ideas that would smack me in the face every few months demanding to be recognized, I just didn’t have an outlet for it. And then I did have an outlet with this project but, we didn’t have the rights to use Dredd in our book. You have to ask right? So we sent my idea to the kind folks at Rebellion and they green-lit my story. And there, my friends, is the moment where everything came full circle for me as a life-long comic nerd and the as the guy in Anthrax. Thank you ‘Among the Living.’ for making it all happen.”

Anthrax’s landmark 1987 album influenced an entire generation of metalheads, cementing the New York band’s place in the Big Four of Thrash alongside Metallica, Megadeth, and Slayer. The first in a string of certified-GOLD Anthrax albums amounting to millions of records sold in North America alone, Among the Living ranks high in The 100 Greatest Metal Albums of All Time (Rolling Stone), The 50 Best Metal Albums of the Last 50 Years (Metal Hammer), and The 25 Greatest Thrash Metal Albums Ever (Kerrang!). As recently as March 2020, Loudwire noted that the Decibel Hall of Fame inductee is “now widely regarded as one of the best thrash metal albums of all-time.”

This extensive project will be offered in multiple formats, with deluxe and super deluxe editions inclusive of special picture disc vinyl, an exclusive MadBalls™ toy, art prints, and even a gold record plaque. All editions are available to order directly from Z2’s website now, with Charlie Benante’s Judge Dredd variant exclusive to preorders of the standard edition. 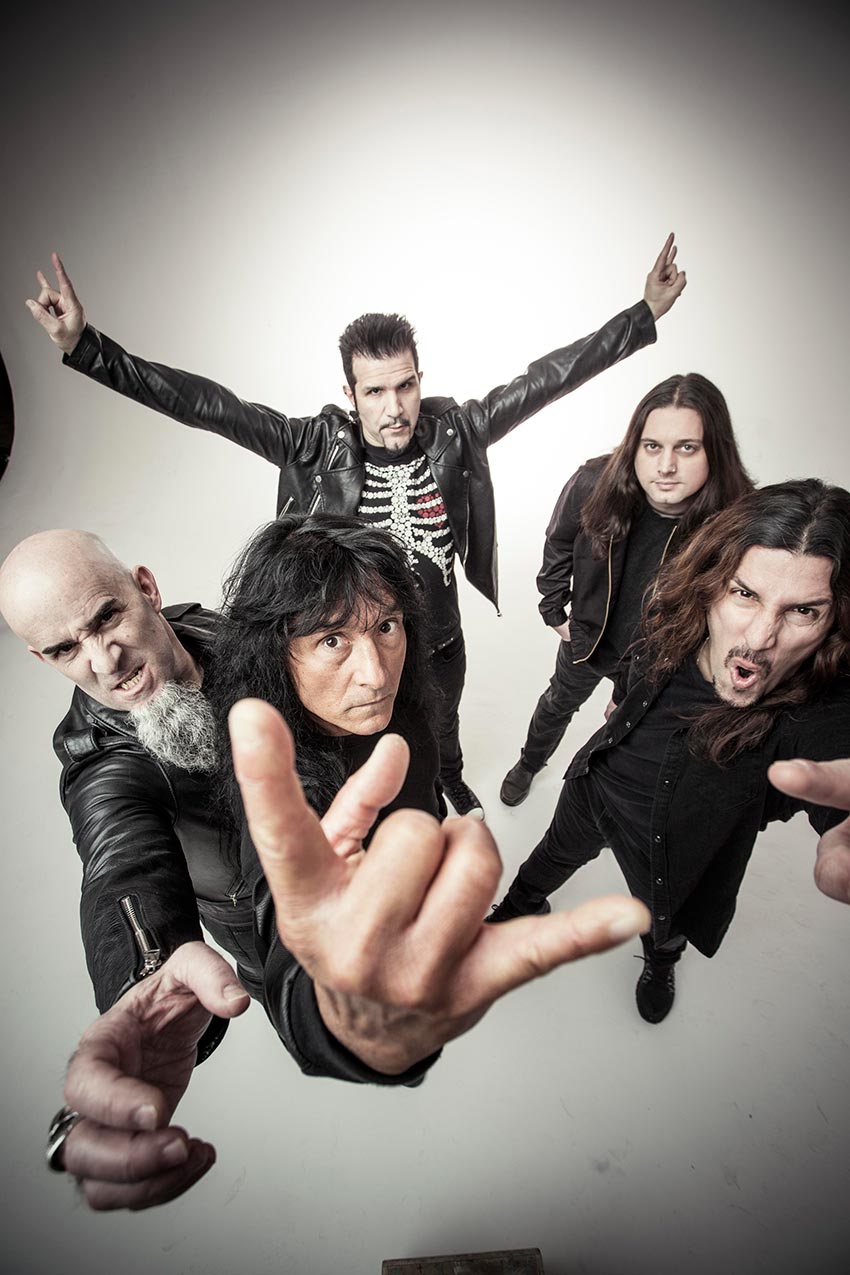