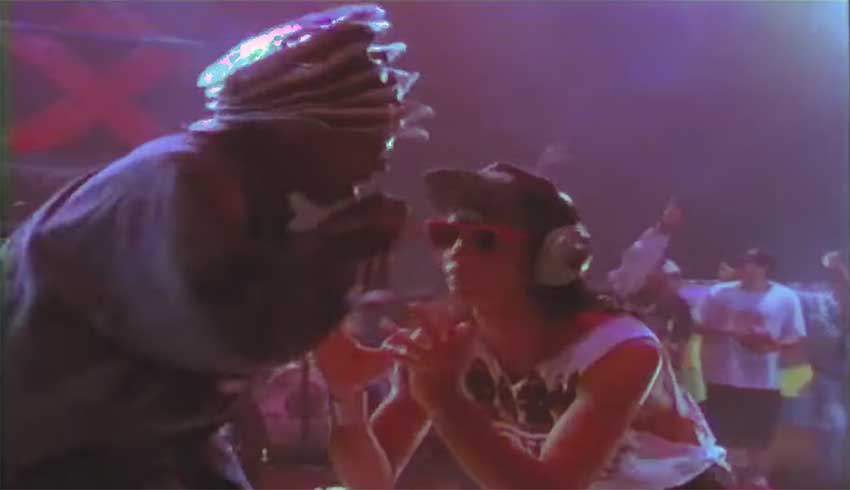 New York’s own thrash metal legends Anthrax have shared episode two (titled “Bring the Noise”) of their new mini video series detailing the inside story, behind the making of, and promotion of the band’s fifth album, ‘Persistence of Time,’ which the band plan to unleash in ’30th Anniversary Deluxe Edition’ form on August 21st through Megaforce Records (pre-order).

Episode 1 can be viewed here. Here’s more info on episode 2 followed by the new video:

During the recording of Persistence of Time, Scott Ian suggested the band – all big Public Enemy fans – record a cover of Public Enemy’s “Bring The Noise.” He loved the idea of recording a metal version of the song, of melding his guitar sound with Chuck D’s voice, plus, PE had name-checked Anthrax in the lyrics. Once the demo was arranged and recorded, Scott sent a cassette of it to Chuck D with the pitch for Chuck and Flavor Flav to record a version of the track with Anthrax. After hearing the demo, Chuck D wholeheartedly agreed.

In June, 1991, the Anthrax-Public Enemy collaboration of “Bring The Noise” was released on Anthrax’s B-sides/rarities album Attack of the Killer B’s, and then on Public Enemy’s Apocalypse 91…The Enemy Strikes Black album in October of that same year. The song blew up, and received a Grammy nomination for “Best Metal Performance.” Then, on September 24, 1991, as part of Anthrax’s Persistence of Time touring cycle, the two bands went out on the road together, the “Bring The Noise Tour” – Anthrax and Public Enemy, with Primus and the Young Black Teenagers supporting. The shows ended with Anthrax and Public Enemy on stage together performing “Bring The Noise.” As Charlie says in this episode, “this was one of the best tours we’ve ever done.”